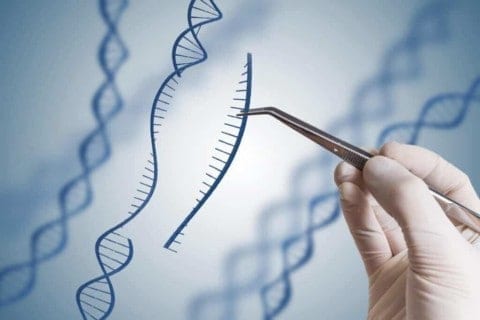 The definition of human genetic modification is, “the direct manipulation of the genome using molecular engineering techniques.” There are several technologies that have advanced the science of genetic engineering to the point that this is now possible and occurring in human trials. Science is on the verge of solving some of the most vexing diseases that can occur in human beings. The possibility to eliminate diseases like cystic fibrosis, and disabilities like blindness are now closer to reality. The problem is that eliminating undesirable qualities like baldness or big ears are also possible with genetic engineering. Bruno Bodwen an investor thinks it’s time to start talking about how these decisions will be made, he says, “there’s always the fear that science will enable us to go too far, creating a race of tall, homogenized beauties—but there’s also the possibility we won’t go far enough. If we don’t understand the technology, we could panic and cut off the potential to save the lives of millions and improve the lives of billions.” While genetic modification has the potential to be abused, the societal benefit to cure genetic diseases makes this technology something that should be pursued by scientists.

The biggest fear about human genetic engineering is the possibility that modifying an embryo changes not only the person that it will become, but also it’s future offspring. This modification of the human germline is a concern to many people. This modification is said to cause risk to future generations, and because these future generations cannot provide consent, people suggest this is a reason in itself that we should not use gene editing. Some organizations go as far as saying that no modification of the genome should ever be introduced.  In Article 13 from the Oviedo Convention,  “An intervention seeking to modify the human genome may only be undertaken for preventive, diagnostic or therapeutic purposes and only if its aim is not to introduce any modification in the genome of any descendants.” This statement from NCBI, does not seem to make sense, but even if gene editing could not be done without affecting future generations, so is the case with natural reproduction, as 6% of all births in the world are born with serious genetically associated side effects. In reality, if the science community was so concerned about affecting future generations, perhaps they would have outlawed typical sexual reproduction.

The technology that now exists to modify human embryos is something that should be celebrated and exploited to improve the lives of people. While people have brought up valid concerns for using this technology, the benefits far outway the risks. Gene editing can be used to be cure disease that to date, have been incurable. A paper about the effects of Children with Cancer explained “Chronic illnesses can be devastating to a person at any age. During childhood, it can be especially destructive for the child’s psychological growth and development.” An influential group of scientists from the national academy of sciences have recently endorsed human gene editing. This advisory group has stated that alterations that are designed to prevent “serious diseases and disability” that have no “reasonable alternative” for treatment should be allowed. Because the technology is now available to make gene editing possible, an endorsement like this is allowing people to move this science forward. This opens the door for research that may provide cures for previous incurable diseases. The issue now will be to decide precisely how this technology should be used as the line between curing disease and enhancing human characteristics may still be a bit blurry.

Dear Angelica,
We have all read your article about Embryos and our stance on the topic is that we are against the idea of the genetic modification of embryos. Your claim is quite strong saying that using the current technology we can modify embryos. Proving the point that we can help embryos avoid diseases, this will do more damage than good. We all think this because, it can decrease diversity in the future population. Since genetic modification can get rid of undesirable traits like being bald, having genetic deformations and other traits that come with genetics. Once certain traits are removed then the later generations can end up less diverse and this can only spiral downhill later on. Another reason that genetic modification is a bad idea is because its dangerous. The child could die prematurely before being born because it’s not strong enough. These procedures also can cost a lot of money and can be very risky. If the parents spent a great amount on money, and the child dies they won’t be able to get that money back. Another point is that this is also unnatural and some may think that it goes against the will of god. The article said that it’s “….a comprehensive attempt to frustrate the course of nature.” This not only changes the child’s personality and their own future offspring. Some might think that if they modify their child, they might think that it isn’t their own. You could argue that it can get rid of diseases in a child but this claim is weak because it will be harder for them to become immune to sickness then if you were genetically modified as a embryo. Not being exposed to sickness can harm a person. Once they come into contact with a disease they might not be able to fight against it as well. So for this reason we think that genetic modification does more harm than good. Because of this the diversity will dwindle, the procedures will be dangerous and it’s unnatural for the child and the parents.

Angelica, I have been super interested with Genetic modification recently and your post brought up some great issues with its implications. I believe this is the largest ethical dilemma we are facing currently. Do we potentially save millions of lives from diseases or do we potentially irreversibly change the entire human race unpredictably. There are so many variable that cannot be accounted for when modifying genes and you brought up the great point that this will not only change people currently, but it will also permanently alter our offspring and potentially cause some traits to go extinct. I like how you mention that the future could be filled with “perfect” people and this is terrifying. This is very scary science and we are beginning to battle with evolution which we will most likely not win against. Will we make some fatal flaw that will come back to bite us in the future? Here is a site that I think you might find interesting.
https://www.ucsusa.org/food_and_agriculture/our-failing-food-system/genetic-engineering/risks-of-genetic-engineering.html#.WpzH2LaZMUs