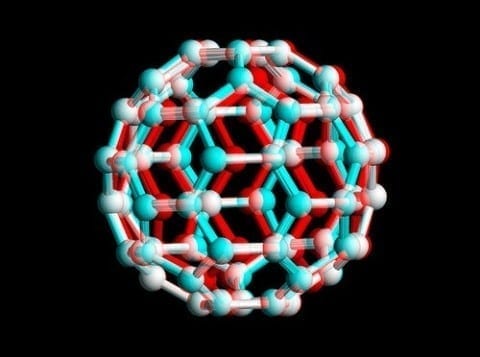 Clustered Regularly Interspaced Short Palindromic Repeats, or better known as CRISPR, is the latest and greatest DNA editing tool used by scientist today. The first research into the functions of CRISPR began in the early 90’s by Spanish microbiologist Francisco Mojica. He found that CRISPR was a immunal defense mechanism that could target defects in DNA and edit them out. This led many researchers and scientists to try to harness the power of CRISPR. Now in 2017, Feng Zhang, a graduate of Stanford and researcher at MIT, has officially re-engineered the CRISPR-Cas9 enzyme to work on mice and humans. However, all of this genetic engineering has raised questions about the morals and ethics of such projects. As a matter of fact, this is not the first time that the ethics of genetic engineering has come into question. During the 1930’s, science fiction and dystopia author Aldous Huxley, wrote the highly acclaimed book Brave New World. In this book, he told of a society of genetically engineered humans who were produced in a factory. However, Huxley predicted a few problems with genetic engineering.

The first issue of genetic engineering that Huxley predicted was the problem of class. In Brave New World, Huxley saw five levels of engineering. At the top were the Alphas who were created to be better than humans. Below were the Betas and Gammas who were slightly modified, but close to normal human beings. At the bottoms were the Deltas and Epsilons who were purposefully created to be less than a normal human. The Deltas and Epsilons were the slaves of society who did hard labor and worked in the low end jobs. To justify their actions, the Director of the factory said that all the Deltas and Epsilons were content with their life since they couldn’t perceive being a Gamma or higher. CRISPR could be used to help cure diseases and birth defect, but it could also be used in reverse to cause defects to create a perfect working class.

The next issue that is brought up in Huxley’s brave new world is the possibility for an error in the process of genetic engineering. For example, Huxley portrays a character named Bernard Marx. Marx is an alpha who is no as handsome as the other alphas and is abnormally short. As an embryo, he suffered from a malfunction in the engineering process. This is an example of how genetic engineering can go wrong and the social consequences of being “imperfect”. Marx is slightly different from all the other alpha’s, and is constantly seen as inferior to them. One slight mess up in the genetic makeup of a person can lead to a lifetime of humiliation.

It is within human nature to become better and to find new technology. CRISPR will be perfected and genetic engineering is a very likely outcome in the future of humanity. Aldous Huxley has proposed many scenarios of the consequences of genetic engineering. The likelihood of any of these scenarios to occur is unknown. In the end CRISPR might be the key to the survival of mankind. However, it is up to us to determine the ethics and morality of our future technology.

Keaton,
As CRISPR/CAS9 is just starting to see use in humans, this issue is more relevant than it’s ever been before. While the ethical issues of creating the “superhumans” and “design babies” are very real and important, CRISPR is the real deal: it could eliminate almost every major genetic disorder from the children being born into families with access to the treatment, and could be happening in just a few years. The amount of published research into CRISPR on mammals is absolutely daunting right now, and a good amount of it seems to be on working out tiny risk factors and how to prevent them from causing the treatment to fail or backfire. With this in mind, I think we have to accept that CRISPR is going to see widespread use on humans whether we like it or not and start working on how we regulate it, because that task will be monumental. There will need to be clear-cut situations where the treatment can be used only to remove severe genetic diseases and the rules will need to be enforced, or else the “classes” of “Brave New World” could become a reality.

Keaton, I really enjoyed your article and thought that your comparison between Huxley’s “Brave New World” and CRISPR was spot on. Though genetic engineering does sound like a good idea in theory, there are a lot of problems that come with it . A good example of this is when you claimed that: “the Director of the factory said that all the Deltas and Epsilons were content with their life since they couldn’t perceive being a Gamma or higher.” I found another source regarding the issues that would come with genetic engineering, and I hope to see more about this in the future. Thank you for sharing this.