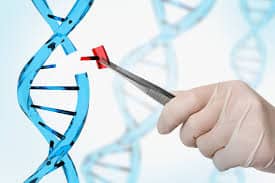 Gene editing is highly controversial, this process would take place in babies and would remove all unwanted genes from a child and possibly add favorable genes. I picked out two articles that focus on the positives and negatives of gene editing. The two articles that I used where“A Chinese Scientist Says He Edited Babies’ Genes and “A Future Of Genetically Engineered Children Is Closer Than You’d Think”. The following articles go into detail about the pros and cons and what genetic engineering has to offer for other opportunities in the future.

This is an issue because Jiankui ignored all the ethical and scientific protocols that revolve around this topic. For example, “Professor Julian Savulescu of Oxford University said that, if true, this was a “monstrous” experiment in reproductive medicine. It had no moral or scientific justification, given that the medical profession can successfully prevent fathers from transmitting HIV without genetic engineering”. Another statement said by Maria Jasin of the Memorial Sloan Kettering Cancer Center said, “this experiment might hurt the family dynamics” among the twins and their parents. One twin has been deliberately and permanently enhanced more than the other. How will that affect the siblings — not only their health, but also their relationships and in society?” All of these statements shown above are key examples of the ethical dilemmas that gene editing faces.

Now moving onto the next article, which asks if powerful new molecular engineering techniques be used to create genetically modified children? The future of humanity is modernizing and technology is rapidly increasing. This topic has caused hundreds of people from around the world to visit the “international summit on human gene editing” hosted by the U.S. National Academies of Sciences and Medicine in Washington, DC. They have called this “meeting” so they can deal with this consequential issue. With the main idea of trying to improve future generations offspring there are still hidden dangers that could cause more bad than good. There are many questions that are asked, for example, “How would genetically designed children fare in their families, and how would families navigate the inevitable commercial and cultural pressures to upgrade their offspring? If such procedures took hold among those able to afford them, would the perception that their children were genetically “superior” introduce new kinds of inequality, conflict, and discrimination into the world?” All these unanswered questions need to be solved before genetic engineering can begin for the safety of future generations.

This is an amazing topic to write and read about, due to the fact that this is a leap forward in technology and science. But it does come with some foreseeable consequences in the future. As you said, due to these new “superior” genetics this could cause more issues than it does fix anything. The first problem that would most likely be faced is that something goes wrong, hurting the family and the children involved with the experiment. Secondly, one of the worsted issues in our society is the inequality and discrimination of others. This can make these two issues blow out of proportion. As much as this would be a fantastic idea for medical science, the moral conflict heavily outweighs the positives as of right now.

Hi Luke, I liked your essay on Gene editing, I thought it was very interesting that one of the articles talked about the idea of genetically modifying children, I don’t know how that would wok out but it is very interesting thought. I think you should consider reading this article on genetic defects and how they could limit the affects, I think you would really like it.
Best of luck
-Alex
https://www.scientificamerican.com/article/new-gene-editing-tool-could-fix-genetic-defects-with-fewer-unwanted-effects1/