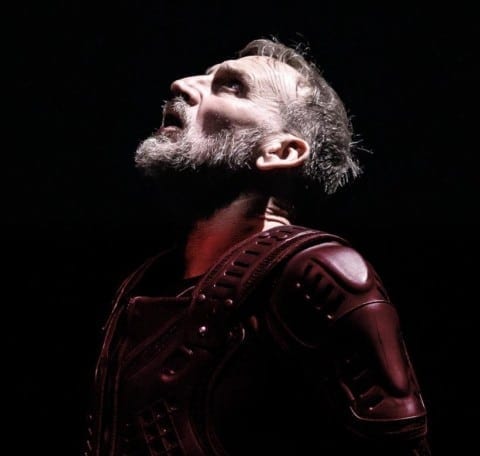 For my monologue project, I selected lines from one of the most thought-provoking scenes from Shakespeare’s play, “Macbeth.” I chose to learn Act 5, Scene 5, lines 9 -17 as my monologue since I think it is one of the most unique monologues regarding Macbeth going through so much that he has forgotten what fear feels like

The monologue consists of Macbeth speaking to Seyton about what he is not feeling that he feels like he should be feeling.This monologue is heard by Seyton The monologue takes place in Dunsinane where, after…Seyton and Macbeth hear a “Cry of women”, it makes Macbeth feel unphased

The main conflict in this scene would most likely be Macbeth ordering that banners be hung and boasts that his castle will repel the enemy, I say this because of the prophecy that “Macbeth shall never vanquished be, until Great Birnam wood to high Dunsinane hill Shall come against him.”.Macbeth starts to feel sort of disgusted for what he has done. This is part of a pattern for Macbeth where he’s doing all these murders. Over time this builds up to be a main conflict in the story of Macbeth

In the scene where this monologue occurs, Macbeth is quite a Foolish character. This is especially true after He realizes what he has done has affected him . Macbeth becomes Anxious and Hopeless. This seems consistent with his previous state of mind earlier in the play.

In the monologue, words like “Direness”, as well as the word choice in the sentence “Cannot once start me.” reflect that Macbeth is committed to avoiding and fearing the prophecy that will lead to his death. The words “I have supped full with horrors.” represents the feeling of gloominess that Macbeth is experiencing after committing murders contributing to his overall Psychological and Emotional state

If it was up to me to stage this scene, I would most likely make the actors playing Macbeth and Seyton stand in a castle in order to set the mood of Suspense. This might represent Macbeth‘s feelings of fearlessness after he realizes that everything that he has done has led up to this point . I would also add some props to the scene, for Macbeth to perhaps stand while holding it downward in order to show braveness after he heard the cry of Lady Macbeth dying. If I were to direct the actors, then I would most likely encourage Seytonto be a bit uneasy, and give off a feeling of being concerned in an effort to make his character believable.

In this monologue, Shakespeare used certain poetic elements to enhance the emotion being portrayed in the scene. As I mentioned before, the main theme in this scene would be the Fearlessness you feel after experiencing so much trauma and the use of poetic elements really reinforces the impact of Macbeth‘s emotions. For example, Shakespeare used Diction as a feature in his writing to provide sorrow, as well as despair

All in all, the monologue in Act 5, Scene 5 is a prime example of an effective piece of writing by Shakespeare that shows how one can be affected or changed by their actions to the point were they become a whole different person.