Do peoples relationships to family separate with time?

Home Do peoples relationships to family separate with time? 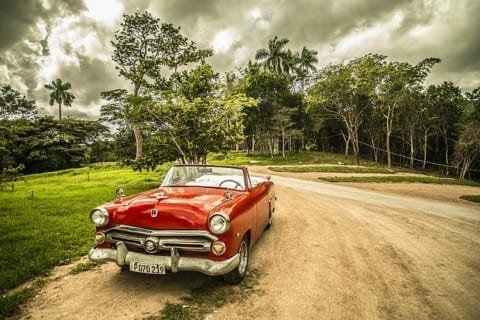 My first impressions of “A Call,” by Seamus Heaney was that it had a very unusual form compare to most poems I had read.  It intrigued me, yet, at the same time, had a calming effect over me as well. A line that especially evokes the first feeling for me is, “Next thing he spoke and I nearly said I loved him.” The other feeling, of calm, arises when I read the line, “Where the phone lay unattended in a calm of mirror glass and sunstruck pendulums.” This made me calm perhaps because, before this line, the narrator seemed to be nervous, but at this sudden turn in the poem, it seems that the narrator is now in a state of peace.

What’s happening in the poem is that Seamus Heaney’s narrator is making a phone call to his an elderly father. What I know about the speaker is that they are the kind of person who keeps their feelings to themselves.  This is suggested by the line “Next thing he spoke and I nearly said I loved him.” The speaker seems to be speaking to his father and perhaps to say that he misses him. I say this because he says that he nearly said he loved him, so he didn’t actually say it, but he was thinking it. The poem springs from a particular culture of masculine norms, specifically, the stereotype that men can’t or shouldn’t show emotion.

The poem revolves around several themes, including regret and aging.

If this poem were a question, the answer would be “Yes, you should at least make an attempt.”  If it were a question, it would be “Should you try to communicate with your family?” The title suggests that there is a phone call involved.

The poem’s form is a narrative. This form is a vehicle for the content of the poem.  If the poem were a haiku, it would not guide me toward an understanding of the poem’s meaning. The form makes this poem more personal since the narrator is opening up about their life, and telling us what’s going on.

Do all relationships drift apart with time? The poem “A Call” by Semeus Heaney brings up this question about life for me. This is because the poem talks about the narrator’s relationship with his father. In the poem, Heaney’s narrator describes his difficulty in telling his father that he loves him.

In the third line of the second stanza, Heaney’s narrator is describing how a certain “him” is gardening:

My friend Wendy says that this paragraph makes her wonder who this person is and what relationship they have with the speaker. The reader doesn’t know anything about this anonymous “him.” A question about life this stanza brings up for me is “How well do we know our family?” This poem answers this question because it is about a son’s relationship with his father.

Dear Ariel,
One thing I loved about your essay is how you elaborate on even the small things to help us have a bigger understanding of it.