Gangs are bad for the community

Home Gangs are bad for the community 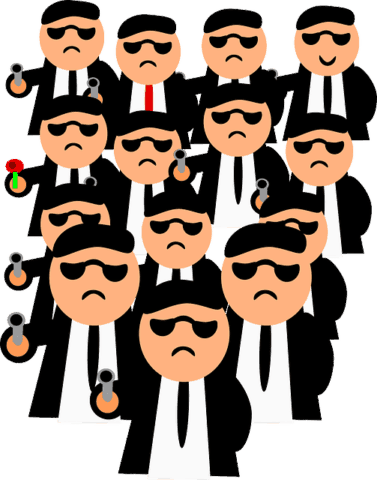 Claim#1: When gang members see young kids walking in their streets they try to scare them and they tell them if they want to join. This can happen any day when kids are walking home from school,and it could happen to adults but there is a very high chance if an adult says no he or she could get really hurt or killed because they would think that you are already in gang. In my research I interviewed some people that know a little bit about gangs and have seen them in their community. Ms.Pelayo said “gangs take over a person’s life and it is very hard to get out of the gang. Also I wouldn’t do well with people telling me what to do.” This is significant because all of this information can come in handy if you have a family member or son/daughter who wants to join a gang. If the family knows about gangs and what they can do to persons life, then they should let them see the reality of being a part of a gang. Additionally, in the article Facts for Families, Gangs and Children written by the American academy of child and Adolescent Psychiatry it states “Other are motivated by peer pressure, a need to protect themselves and their family, because a family member also is in a gang, or to make money.” This shows that people get pressured and gang members talk to them and tell them that they will make money. Being pressured makes a person want to do it, but their family should teach them to not listen to what other people are saying they should just ignore them.

Claim#2: Gangs take over streets and make them their territories. By taking over streets gangs start to tag on walls and break anything they want so that people would know what they are capable of doing to them if they mess with them. Another reason why gang members take over streets is because they want to expand their power of their gang. In an interview with Rodrigo Sandoval, school counselor at Life Academy, he says “They kill people for territory a lot of folks in gangs come from low-income families, and they are fighting for the little they have”. This supports my claim because it says that they people for territory. They would do anything to get respect in the streets. By anything I mean they will kill anyone without thinking what would happen to them or the consequences. In an interview with Ms.Pelayo “Gangs kill people because they think the streets they live in on belong to them and and get into insignificant fights over their territories. I also think that gang members have trouble distinguishing right from wrong since they have been brainwashed into thinking that it’s okay to commit crimes”. What Ms. Pelayo is saying is that gang member do not care for other people in their community all they care for is their streets and there gang. Even if they go to jail it would not stop them they will find something to do like fight other gang members or kill. Also when they come out of jail they go back at what they use to do which is take over streets and try to gather members. This is significant because this shows that gang member will never be tired their gang because it’s family to them. This matters because this is showing us that joining a gang will be hard to get in and out.

Hi Alexis,
This post on reasons why gangs have a negative impact on the community is very necessary. The research you conducted by interviewing Ms. Pelayo was insightful on what gangs are capable of doing to the teens within the community. Another point you made also caught my attention. You said teens’ families should teach them to ignore the gang members’ invitation to join the gang. I agree. Having the support of one’s own family has a major impact on making tough decisions.