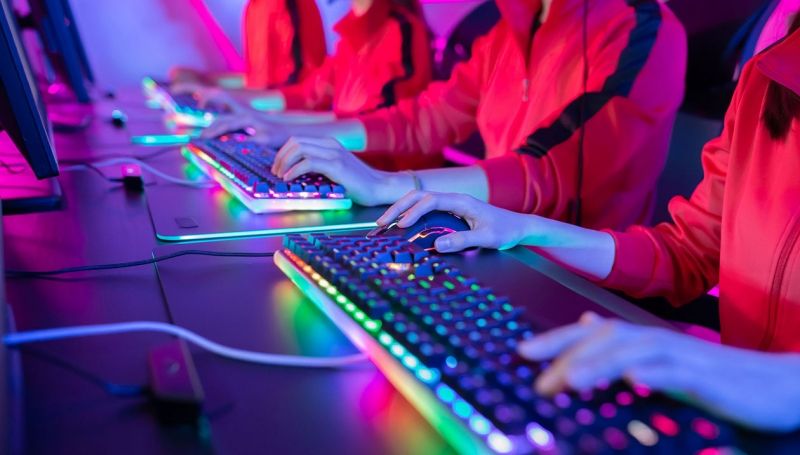 The article “Game time at College” by Beth Perkins (Upfront, 2019) It talks about how colleges could be introducing scholarships for esports gaming and people looking to go to college and still be good t the videogames they play. Some colleges are considering giving scholarships for video game players and considering video games as their engineering and design programs. For example, in the article it says, “Some schools, like the University of Missouri, are putting together teams to compete against other colleges through their athletic or student affairs departments; other schools include e-sports as part of their engineering or design programs.” This shows how people are considering putting gaming in one of their programs and they are offering to try to put other schools against each other.

I think this is great because people are actually starting to see what gaming is and where it can really go. Also, I think it’s really cool because people that are really good at gaming can finally be appreciated and follow other dreams you want to pursue. I also think it’ll be very interesting because I also play video games and to think being able to have my college paid for because of something I love to do is great.

What do you think about colleges giving scholarships to gamers?

I am baffled by your post,”Game time at college,” because i agree with this, the fact is that gaming is becoming a big part of media, as can be seen through sites such as twitch and youtube. They can give jobs to those that put in work, and are very lucky, while then giving out more work to editors and whatnot. It is something that, whether old people think is a job or not, is and will continue to grow.

Also, I think it’s really cool because people that are really good at gaming can finally be appreciated and follow other dreams you want to pursue” since it is something that can happen compared to the old days back when people used to play with sticks and stones. Although as with many things, only those at the top can make something meaningful of this.

Tanks for writing. I look forward to more since there are a lot of interesting things going on, and hopefully there are interesting opinions had, rather than some boring cookie cutter stuff.
Marcos