From the voice of a young black woman

Home From the voice of a young black woman 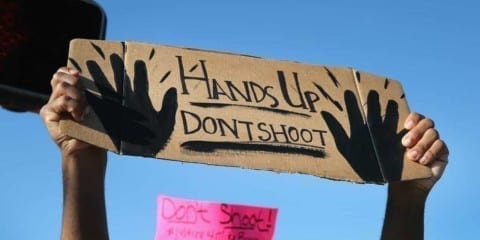 Dear Future President of the United States Of  America,

Congratulations on being the new President of The United  States. We are thankful, and we hope that this country will be a better place again. Recently there has been some destruction, and I‘m hoping that you can fix it.

One issue that is going on is police brutality. It has been happening in lots of places, especially in the U.S.A.  It is hurting me more and more  to know that black people are getting mistreated consistently by police. As a black young lady, it hurts a lot because I wonder how kids feel to see their parents get mistreated and thrown around like dirt. It is not fair.

They  are especially mistreated because of drugs, alcohol, and  fake gun toys. Even little kids are dying because of police brutality. According to News ELA, President Barack Obama has said that “In 2014, there were two well-known cases of African -American men killed by police. Eric Garner was in New York City. A white  police officer grabs him  around the neck  and he  died afterward. Michael Brown was in Ferguson, Missouri. A  white police officer shot him even though he did not have a gun or weapon. Neither did Garner. The deaths of Garner and Brown caused frustration around the world.”

Wait a minute what did they do? Nothing. Exactly. The were killed because the color of their skin which is racist and hurtful .

The second issue is Black Lives Matter. It happened in 2012 after Trayvon Martin’s death. There have been kids and adults dying over their  protesting.

We need  to stop this and make life the U.S.A. the way it was.  We need to make it justice. Martin Luther King, Jr. had a dream for this country and now his dream is breaking apart bit by bit, but that is why I can count on you to make the world  the way it was.

Sincerely, Jamillie a student at The Learning Community