From Stonewall to Pride

Home From Stonewall to Pride 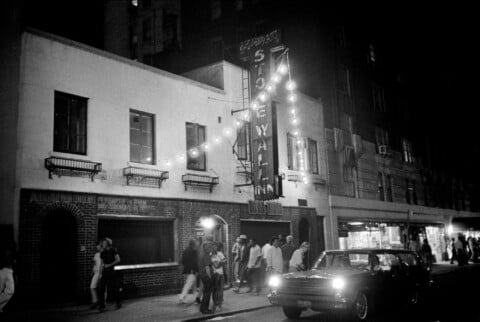 The article “The Origins of PRIDE Month” (McGraw Hill) recounts the events that led to the celebration of pride month. Two prominent events were the Stonewall protests wherein 600 people gathered outside the Stonewall Inn (a club in NYC where people in the gay community would gather) in resistance towards previous raids from the police. These police raids resulted in many getting arrested seeing as during this time (1969) it was illegal to be gay. The second protest was the next day and this time 2,000 people showed up. They blocked off roads and chanted, and many people were injured. These acts of resistance inspired others to hold their own protests. A group called the Gay Liberation Front was formed, they aided people who were poor or were arrested in the raids.

0
If you had been alive at this time how do you think you would have reacted? Would you join the protesters?x

One year later, the first “Christopher Street Liberation March” was held; this eventually evolved into an annual pride parade.

It was really interesting to learn more about the Stonewall protests, specifically the fact that they inspired many others to protest as well. I knew a little bit about these events before this article but not much. I wasn’t aware that so many people had come out to protest. I also didn’t know that there was a group called the Gay Liberation Front. I think it’s really cool how the GLF tried to help those who had been arrested since as I was reading the article I was wondering what happened to them and if there had been anyone helping them. I wonder how exactly someone can get prosecuted for being gay? How would the policemen even know?

I think the fact that you wrote about this almost transition from Stonewall to actual pride is really insightful just because I feel like it’s important to acknowledge that being able to be prideful was a struggle; queer people’s human rights were ones they had to fight for. I think that when people complain about gay pride it is incredibly ignorant and insensitive so writings like these are important so as to educate about gay rights and pride.

I had never really thought about it but you’re right, how would one be identified as a homosexual or even be prosecuted as one. The only thing I could think about are the police raiding the gay bars or using stereotypes and even then most of it would be based on harmful assumptions.

Thank you for writing this, I think bringing awareness on queer history is important and you wrote it in a way that made it easy to understand!

This is really cool. I think you wrote this very well as well as asked some very valid questions. I think this is an important part of history anyone should learn about. We’ve definitely come a long way as a society. Thanks for sharing Maritza.