Friendship: Fantastic Beasts and Where To Find Them

Home Friendship: Fantastic Beasts and Where To Find Them 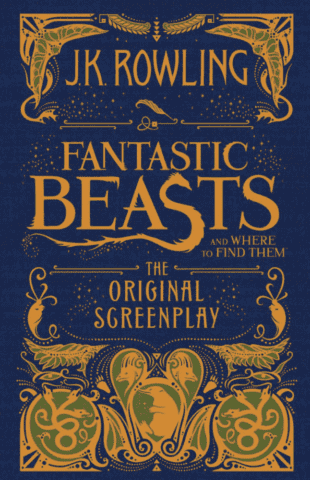 Newt Scamander is a dynamic character. His archetype changes over the course of the play. At the beginning of the play, he is an archetypal loner. This can be seen on page 121, where the author writes: “Jacob: Oh–well, I’m — I’m sure people like you too — huh? Newt: (not very concerned) No, not really. I annoy people.”

But by page 266, Newt has begun to transform into the archetypal the trusted friend.  Throughout the play, the readers can see how Newt is always there to protect people that he does not even know because he knows what is right.  Evidence of this is on page 266: “Jacob: I was never supposed to know any of this. Everybody knows Newt only kept me around because – hey – Newt, why did you keep me around? Newt has to be explicit. It doesn’t come easily. Newt: Because I like you. Because you’re my friend and I’ll never forget how you helped me, Jacob”

Newt is no longer the person who was a loner and his only friends were all the magical creatures that he took care of.

A reader will recognize that the turning point for Newt comes when he is given his sentence for being caught with his creature and Tina is also given the same sentence even though she had no play in any of it. Page 160 to 161 encourages this belief: “Graves: – you are therefore guilty of a treasonous betrayal of your fellow wizards and are sentenced to death. Miss Goldstein, who has aided and abetted you –. Newt: No, she has done nothing of the kind–. Graves: -she receives the same sentence.”