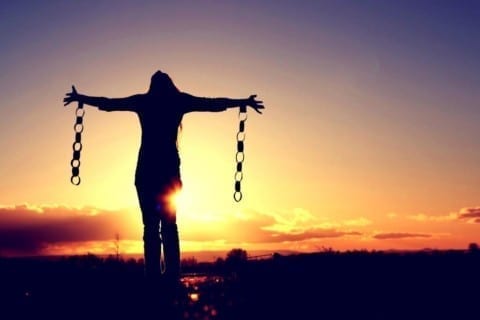 American culture is being free. Many people know the United States is a free country and often move here  for that reason. We even have a written rule that we can speak, preach, petition,assemble, and press. Our freedom is what makes us American and brings us together.

In the book Crossing Ebenezer Creek, Mariah and many other slaves become free. The yankees have told them that they are free to go and live their own lives. Captain Galloway says, “‘By proclamation of President Abraham Lincoln, on the first day of January in the year of our Lord 1863, you are free!”’ (Bolden 9). This was the beginning of freedom for everyone in the United States. Through the Emancipation Proclamation freedom was set in its ways as making people American and being permanently stuck in American culture. Once slaves became free the whole nation was free. Freedom has transformed into a huge part of American lives. Not only do we own ourselves but we are free to do many things. We can buy what we want, do what we want (that isn’t illegal, you can still do that but you will be charged), say what we want, listen to the music we want, eat what we want, and much more. We even have amendments that hold our rights and freedoms accountable to be upheld in the Constitution. Crossing Ebenezer Creek is all about becoming free and the journey that follows that. Mariah and her friends learn how to live their own lives and do it well. Through reading about their new found freedom I have learned more about what it means to America. Freedom is a gift given to you. No one has to earn it, unless you were a slave and your master even thought of the idea. The fact that the slaves in this book were freed gave them a new sense of hope. Freedom is hope. They used it as an opportunity to live a better life on their own. They were treated terribly and the chance to finally get away from all the destruction was a gift from God. Mariah took it as a chance to try and forget about the past and create a good future for her brother Zeke. The chance to jump at freedom was an amazing opportunity for the slaves in Crossing Ebenezer Creek. Freedom was ringing.

Freedom is a big topic in America, but many people perceive the meaning of freedom differently. “To some,it is the ability to exercise personal liberties such as holding a job, starting a business, or providing for a family. For others, it is freedom of the press or the free access of information. For yet others, it is the choice of a particular religion” (Caswell). This article explains how many countries have freedom and even holidays to celebrate that. The other side of this story is that freedom still isn’t everywhere. There are still many cases of , “slavery, political oppression, tyranny and corruption, especially in underdeveloped countries” (Caswell). Freedom seems to be changing with society and what people think of freedom. The United States is one of the luckier countries freedom wise. Many countries don’t have freedom like Belarus, Turkmenistan, Uzbekistan, Kazakhstan, and many middle eastern countries.

“Only America can protect freedom abroad, and that a U.S. retreat will prove harmful to America itself” (Haas). In this article Lawrence J. Haas explains how America may be free but it is declining. I can see where he is coming from when he says freedom is diminishing in America. I feel as though our freedom isn’t being appreciated as much as it used to be. “A freer, more democratic world is a safer, more prosperous one” (Haas). Freedom is a gift and not everyone in the world has it, our country is special in this way. America is known to be free and with the chance that our freedom is declining what would the United States be known for?

Being able to say, do, think, preach, study, join and petition anything we want is amazing. Freedom is what brings us together even when we are seperate. Americans are free because their ancestors immigrated to the U.S. to pursue and live life how they wanted to. Our country was founded off freedom and as every year passes we get more and more space to explore that freedom.