Freedom, Liberty and The Constitution

Home Freedom, Liberty and The Constitution 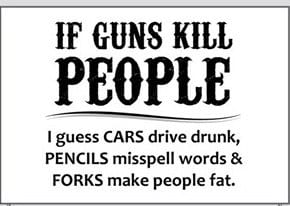 When students go to school they do not expect to be in the line of danger or harm. Teacher’s obligation is to guard us as students. When someone invades the school, we should be prepared on how to act, and what protocol to follow. Here in Utah, public schools are allowing teachers to access certified training on how to operate a gun, and gun safety. Teachers are allowed to carry a gun on school property as long as it is stored in a safe location, and only accessible to them when nessecary.

Another question that has arisen is the concept of guns and gun control. There’s a difference between gun control and gun banning. Many left wing Democrats want guns to be banned 100% which is not plausible because our right to bear arms is a constitutional right. But many are asking for gun control. Which means that there are more rules set in place to protect people from the danger they may impose. Many people do not know that there are over 20,000 laws set in place already protecting people from gun danger. While there are still many laws, there is still room for improvement no doubt. But for someone to tell us that we need to ban guns is unconstitutional.