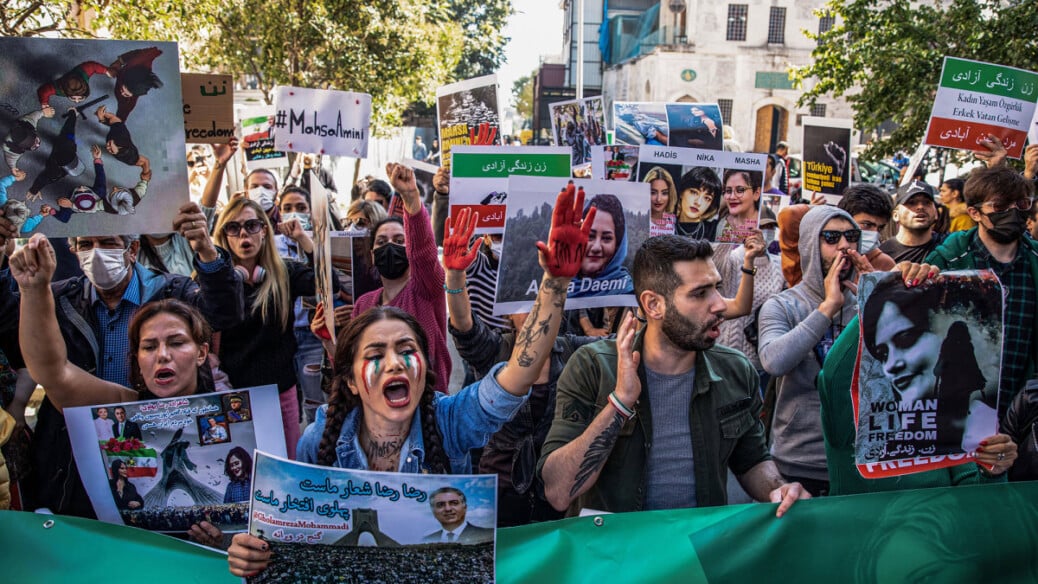 In the article, “Nothing to Lose, ” (Upfront, Smith, 2022 subscription required) I learned that many young Iranians are standing up against their leaders. Mahsa Amini was only 21 years old when she was killed by Iranian police because of the strict conservative Islamic dress code and behavior rules. This is the event that sparked many protests against these harsh rules that the people of Iran have to face. Not only are protesters protesting that though, but they are also speaking out about their economy which has been destroyed by years of sanctions, political corruption, unfair restrictions on women, and against their religious leader who does not want to reform. The Internet is either limited or fully blocked so at this time it is also difficult for Iranians to communicate and share updates with the rest of the world. 100s of peaceful protesters have been killed, including children.

What do you think of the protests breaking out in Iran?
0
Please leave a feedback on thisx

I think it is very brave of these people to stand against their leaders to fight for what is right. It is crazy that they are struggling so much and yet nothing is getting better. Something that really stood out to me is that one Iranian said “Enough of this. I am willing to die to have a life worth living.” It is heartbreaking that they have to wait so long for a life that is not full of struggle but it is also inspiring that they are brave enough to fight for what is right although it is very dangerous. Hopefully this bravery can spark change and give Iranians more freedom.