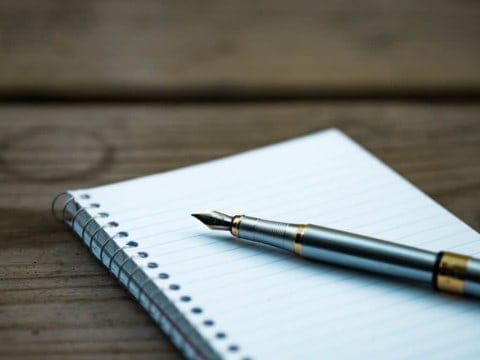 Everything moved in unison. The three walked along the beach, stepping right, stepping left, right, left; much like they had done the previous night, only this time without two of them supporting the other. With a feeling of defeat brewing inside of them, they stumbled their way home after failing to locate any lost possessions from a drunken night by the ocean. Their exteriors were all in sync, but one in particular began to stray from the path. Although feeling like the hero from the night before, he began to break stride inside his mind as his conception of the world he was in began to grow more and more skewed. He started to walk faster than the other two, then slowly fell behind. Catching up again, he passed them once more, then again found himself at the back of the group. He kept trying to get ahead, he kept trying to put himself in a position to find success, but he ultimately ended up behind where he started off, trying desperately to get ahead once more. As he drew further and further into himself, he felt trapped on the same beach that had freed him for so many years prior. He needed to escape, he needed to run, to be free, to get so far ahead that he could never fall behind. He turned to walk towards the water so he could feel the impact he made as he dashed across the terrain, but something stopped him dead in his tracks. Eyes locked on a burning firemoon, he felt his body sink into the sand as the mesmerizing sight consumed his mind. His companions quickly rushed to his side, but every word they said bounced right off of him as his vision closed in on the sky. They eventually sat down beside him, and his millions of thoughts finally were combined into one sentence, into one question: “why are we here?” He heard himself say it over and over again, yet he couldn’t find the strength within himself to say it out loud. He knew he wanted to, he knew he had to, but he knew that asking the question would only result in yet another failure, yet another unknown in this scary world. So he stared at the moon. He listened to the waves. He felt the sand roll through his toes. He, for a moment, for a fraction of a second, felt the world stand still. Saw the moon stop rising. Heard the waves stop crashing. Felt the sand stop flowing. For a moment, everything was normal. The burning moon put out every doubt he had in himself. The roaring waves washed away all of his failures. The falling sand pushed down every fear he had ever experienced. Then the moment ended. He arose with the firemoon, turned to his right, and began to walk again. Growing and shrinking with the tide, he beat on through the sand, across the beach, trying to find his way home.