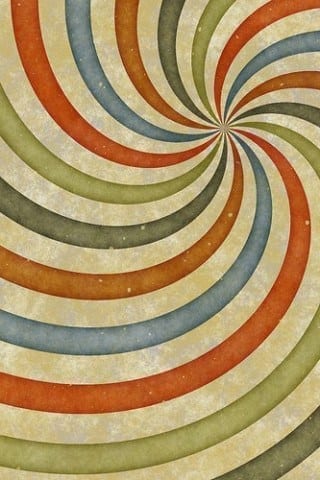 If modern politics in the U.S. tell us anything, it’s that Americans have a hard time agreeing on anything. This is what makes the question of “What are American values?” A difficult one. No matter what you say, there’s going to be someone else who disagrees. This is why I think a lot of statements people make about “American Creed” are difficult to substantiate. There are things that other Americans have called their creed that I’d never want to associate with. When you have a widely diverse country with over 300 million people, it’s difficult to find things that the whole population has in common.

Since no one can agree on anything, what can you possibly call American creed? I think it’s the fact that no one has to agree on anything. As an American, you have the right to think and express your thoughts freely, and you have no obligation to conform to a set of beliefs. You are guaranteed the right to be able to speak and express yourself as you please, as is stated in our First Amendment(US Constitution Amend. I). However, this does not mean that others have to agree with you; they have equal right to express their beliefs and even their disagreement with yours. This is what makes our culture so rich: It is made up not by any core set of beliefs but by a whole society worth of differing views and opinions.

As an American, it is your right to question any belief or institution that is thrust upon you(Bono 67). There is no set of beliefs or method of thinking that you must adopt. This is part of what it means to be a democracy. Throughout history, Americans have time and time again openly expressed discontent with the government. Without the ability to voice these opinions, we have no freedom(Locke).

These freedoms are what enable America to become what it has. Free speech and free thought cause new ideas and cultures to flourish and society to progress.

US Constitution Amend. I

Jack,
I like how you layed out your argument on ” What is American creed?”. I agree that our nation is politically divided and that makes us american because he have the right to speak our mind. I like how you stay around the topic of freedom of speech. You also have a good ending that make the reader think.

This is a very well written out paragraph that addresses many interesting ideas, but I like the main theme of freedom of speech that you present. Americans can tend to be very polarized on different ideas, but in general I agree with what you’re saying that the only thing we agree on is to disagree. There’s no problem with this as long as we remember the one thing that we do have in common, that we are all Americans and this doesn’t change when you disagree. Thanks for your input I hope to hear more from you on this and other politically oriented ideas.

This is a well thought out post about the values we seem to share as a nation despite our many disagreements. I agree with you that something we can all agree on is our free speech. Even if we cannot find things in everyday discussion that we agree with, we all can realize that everyone has their own opinion and that is something we value as an American. Your closing sentence, “Free speech and free thought cause new ideas and cultures to flourish and society to progress.”, is powerful and I think if everyone realized this, there would turn out to be harmony, even if it agreeing to disagree.

Thank you for providing such valuable insight on what you value in America. I agree that our free speech, press, and religion are the most valuable rights that, we as Americans, are granted. Our diverse opinions and backgrounds are a large factor as to why our country is organized in the way that it is. Here is a link that you might like, https://fee.org/articles/three-reasons-free-speech-matters/

I agree with your description of America’s freedom. We as a culture are very rich with differing viewpoints, which allows us to get input from every side of the political spectrum. This is what makes us really free.