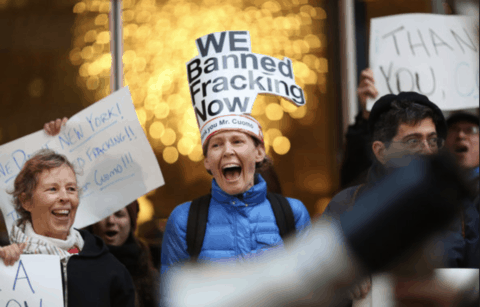 In early February, my group and I set out on a journey to do our part in helping save the earth. We created our project and centered it around the idea of “Fracking”. The process of injecting liquid at high pressure into subterranean rocks, boreholes, etc. so as to force open existing fissures and extract oil or gas. A lot of people wouldn’t know about this at first, so we wanted to inform and educate the people that don’t know about fracking. We wanted to teach them about how fracking can do horrible things to the environment and us as humans. I feel like my group and I have not been successful in doing this.

I do not feel like my group and I have done a good job of informing the public about our issue of fracking. One reason I feel this way is that during our time blogging, our highest viewed blog post only got 2 views. 2 is not a lot and certainly not enough for the most viewed blog. Not to mention that we used clickbait on that post to attract more people. Also, we averaged about 1 view each of our blog posts. This again is not enough to help make our goal successful. We want to inform hundreds of people about this problem and we cannot do that if we are not getting that much exposure.

Another reason that I do not feel we did enough and informed enough people is that or petition statistics. In total, we only got 32 signatures. Again that’s not a lot and that was not our goal. There were times where we wouldn’t get signatures for a few weeks and it was just very slow. Not a lot of people were helping our movement in informing people about this deadly practice. I don’t think we did our best job on promotion the petition and we could’ve got a lot more signatures. I feel like if we went on a different social media, we would get at least a few more signatures. My peers and I wanted to inform more people, but it did not turn out that way.

Despite not getting that many views and signatures, I still feel that it is important for all of us to know about how our world is being treated. Fracking does serious damage to us as humans and the nature around us. I feel like I need to be using the internet to make this world a better place and help the world. People need to know about this fracking madness because we as humans need to make a change to save the world we live in. Even though a few people viewed our blog and 32 people signed our petition that’s still a few more people that know about fracking and know how bad it is. So we can say that we succeeded in the end.