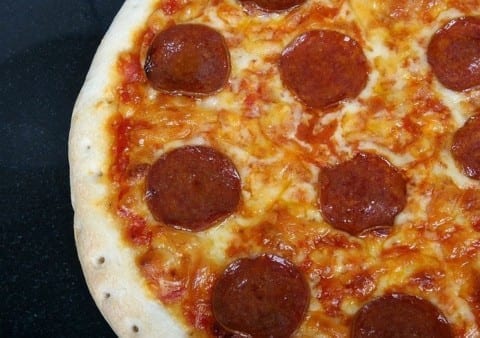 Eight teenagers had gone to a restaurant and were given a menu of 50 different items to choose from with an envelope. This was part of a filmed social experiment and they were asked to order one item.  After they each ordered the same thing, “triple dipped chicken,” they opened the envelope with these words written on them. The producer had predicted this because of the amount of advertisements there was. Even though these teens say they didn’t notice, it was obvious that the marketing had influenced their decision making.

<meta charset=”utf-8″>In what way has advertisements influenced your decision making?
0
Please leave a feedback on thisx

In my opinion I believe that these advertisements really make a huge impact on how much people will buy. Especially if these foods are new because many would want to try it out. This not only makes people get hungry but it also helps them decide where and what they want to eat.

Adrain I found your post a good one to read. I do out to eat with my oma and grandpa for dinner on wedsdays. A qoute that liked from you post is that triple dipped chicken, quote

here is an article with more infromation for you: https://targetstudy.com/articles/junk-food-pros-and-cons.html
this article is about the diffrent types of junk food and the article talks about the calories in junk food.

I am surprised about your post, “Food Advertisements” because I didn’t know that food advertisements could be this effective, honestly before I comment I saw the video too and I notice that the advertisements we see everyday really work.

One sentence you wrote that stands out for me is “In my opinion I believe that these advertisements really make a huge impact on how much people will buy” I think this is accurate because people can see this advertisements everywhere like on their phone, on the street, etc, and they really influence you to change your mind about what are you going to eat, for example, If you went with your friends to eat something with them and they are undecided and you said “I saw on intagram that here they sell a new thing called demon wings, we should oder it” and then everybody agrees, that’s why is shocking how this people influence you when you don’t even know.

Thanks for your writing I look forward to see what you write next, because I want to know in what other ways do the companies influence the people to buy something they just saw.