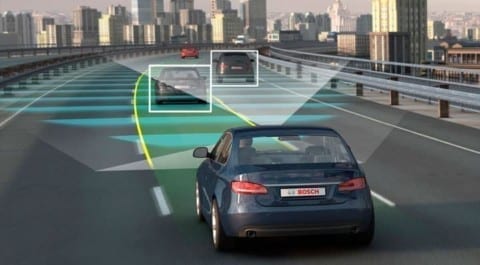 One technological advance that has the potential to completely change the world is the development of self-driving cars. The technology we have today isn’t quite to the level of completely autonomous cars, but it could get there in the future. As this technology advances, it is important to develop a distinction between the different levels of self-driving cars. To identify the different degrees of autonomous driving, the US National Highway Traffic Safety Administration (NHTSA) defined five levels of self-driving technology in 2013. The NHTSA updated their classification in 2016 to match the classifications used by the Society for Automotive Engineers (SAE) in their J3016 document. These classifications were detailed in recent articles on techrepublic.com, cleantechnica.com, and caranddriver.com.

According to the SAE and NHTSA, level 0 of autonomous driving is simply no automation at all. The human driver still controls everything in the car, including steering, brakes, and acceleration. This is what we’re familiar with today. If an unforeseen circumstance happens, the driver is the only one who decides how to react. There may be warning systems run by computers, but they cannot actually adjust the car’s speed, steering, or other functions. The driver is the only one who can do that.

In level 1 autonomous cars (driver assistance), most functions are still controlled by the driver, but the car is capable of automating a specific function, such as steering or acceleration/deceleration. However, a steering-automation system would be completely separate from a acceleration/deceleration system.  One example of level 1 is adaptive cruise control. This uses technology to determine how far away the car in front is, and the computer adjusts the car’s speed accordingly.

Level 2 is partial automation, which is when there is at least one automated driver assistance system that controls both steering and acceleration at the same time, using information from the driving environment. In other words, the driver’s hands can be off the steering wheel and feet off the pedals at the same time. However, that doesn’t mean that the driver doesn’t have to pay attention. Rather, at this level the driver still has to be constantly paying attention to the road.

The next level is conditional automation, or level 3. This is described as a system where the driver “transfers safety-critical functions to the vehicle, depending on traffic and other conditions”. However, a driver is still necessary. Although the car does most of the driving and monitors the environment, it might find itself in a situation that the computer doesn’t know how to deal with. If something like this occurs, the driver will be prompted to take control of the vehicle. This means the driver has to be ready to take over at any time.

Level 4 is high automation. The car operates completely by itself, monitoring all safety-critical functions and the driving environment, but it is restricted by road type or area. For example, the driver might manage everything on city streets, but the car would drive itself once it enters a freeway.

The last level is level 5, which is full automation. These cars would be able to operate on any road, in any place, in any situation that a human driver could ever be in. That includes extreme environments such as dirt roads. This technology is unlikely to be developed in the near future, according to techrepublic.com.

The levels are important because they serve as general guidelines for the technological capabilities of a car. But according to Thilo Koslowski, a former analyst for Gartner, there are really three relevant stages, which are “automated, autonomous, and driverless”. The terms “driverless” and “autonomous” do not mean the same thing; driverless technology is more advanced than autonomous technology. For example, level 3 cars have a significant amount of autonomous technology, but they still require a driver.