How has the word “jihad” contributed to the rise of islamophobia, terrorists attacks, and false Western views of Muslims?

Home How has the word “jihad” contributed to the rise of islamophobia, terrorists attacks, and false Western views of Muslims? 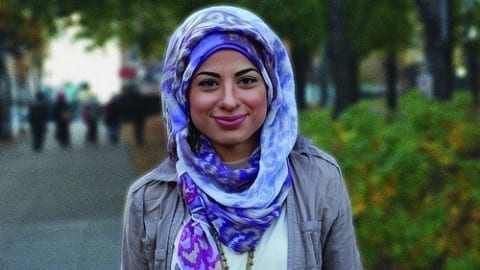 Using the Gale Research Database, I was able to find some evidence that can support my inquiry question for research: How has the word “jihad” contributed to the rise of islamophobia, terrorists attacks, and false Western views of Muslims? Researching this question in global context I found many opposing views and interesting perspectives regarding my questions. Two sources that I’ve read so far that have been really insightful are an academic journal titled Battle for Muslims’ hearts and minds: the road not (yet) taken and a news article about an Australian Muslim woman: We are not jihad babymakers or terrorist supporters.
In the academic journal, it was said that With the rise of a Global fight (for five years now) against terrorism, Muslim extremism and violence has been on the rise. Terrorists have turned the once world supported jihad- struggle in Afghanistan “against Soviet occupation supported by the Muslim world and the West–into an unholy war of suicide bombings, hostage-taking and broad-based violence. There has been a rise of islamophobia in the West (Europe and America) and this has been accompanied by anti-Americanism in the Arab world.Western images of terrorist attacks and suicide bombings in Iraq, Palestine, Afghanistan, Pakistan and Indonesia are being countered in the Muslim world by the invasion and occupation of Iraq, abuses at Abu Ghraib and Guantanamo, and images of civilian deaths and destruction from the Israeli invasions of Gaza and Lebanon.
Lastly, in the news article about, an Australian Woman named Lydia Shelley says that she comes from a family of Christian parents, but she converted to Islam. She is living in Sydney Australia, and when she heard about Operation Hammer Head, she was saddened. The woman says “ not only did I feel sick and paralysed with fear at the thought that, again, criminals had hijacked my religion, I was fearful of the backlash that would now race towards Muslim women in Australia. I am incredibly fearful of the right-wing extremism that is breeding in this country and the consequences for all of us.” She is an Anglo-Saxon women that never once experienced any type of discrimination until she decided to wear a headscarf. People made comments to her saying for her to “go back to where she came from.”
Academic Journal: link.galegroup.com/apps/doc/A161750017/GIC?u=salt89600&xid=ce3221e1.