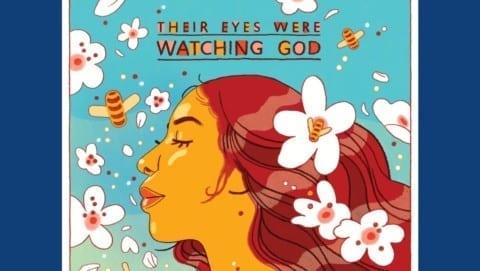 Now that I’ve read over half of  “Their Eyes Were Watching God” by Zora Neal Hurston.  I appreciate this book because it gives me a deeper insight on how life was back then for an African American woman. It makes me think on how some of these women may still be facing those same struggles in this day and age.

The protagonist is Janie. Her story is set in the early 20th century in a rural area of Florida called Eatonville,The significance of Eatonville is that it was one of the first self-governing black communities in the United States that provided its Black residents with safety and opportunities. The significance of the setting shifting from out in the countryside of Florida to Eatonville is that in her prior town she wasn’t able to choose who she wanted to marry and was forced to marry someone she wasn’t familiar with or loved. This caused her emotional distress, but in Eatonville she had a choice to be with someone she actually had feelings for.

Janie faces certain forces and pressures. She was belittled, humiliated and hit by a man she thought she loved and who was suppose to love her back.he was always told that she needed a man to take care of her because a women isn’t capable of taking care of herself.She met these forces and pressures by deciding to stand up for herself against these insults based on her being a women and men assuming that she did not having the brain capacity to think for herself. You can see this in the second part of the book in paragraph 393:

“Naw, Ah ain’t no young gal no mo’ but den Ah ain’t no old woman neither. Ah reckon Ah looks mah age too. But Ah’m uh woman every inch of me, and Ah know it. Dat’s uh whole lot more’n you kin say. You big-bellies round here and put out a lot of brag, but ’tain’t nothin’ to it but yo’ big voice. Humph! Talkin’ ’bout me lookin’ old! When you pull down yo’ britches, you look lak de change uh life.”

The tension rises when Joe removes himself from their bedroom in order to make Janie believe that he hated her. This might leave a reader feeling angry because even though he is the one that humiliated her first, he decides to play the victim and act like she was the one at fault.

There’s an important change in the book when Joe dies. When Joe dies, I think that’s when she truly looks deeper into herself and realizes she is no longer that young girl but a new woman. “The young girl was gone, but a handsome woman had taken her place. She tore off the kerchief from her head and let down her plentiful hair. The weight, the length, the glory was there.” (paragraph 444) I think this may seem like the start of her own journey and her finding herself.

The next section of the book Janie ultimately resolves the conflict by prioritizing herself, It’s a person v. self type of conflict that’s driving this story because she always felt like she had to be quiet and/or be obedient in order to keep the peace and in order to do that she allowed people to walk all over her and disrespect her. After Joe, things promise to be different.