Filling in The Gaps: Addiction Research 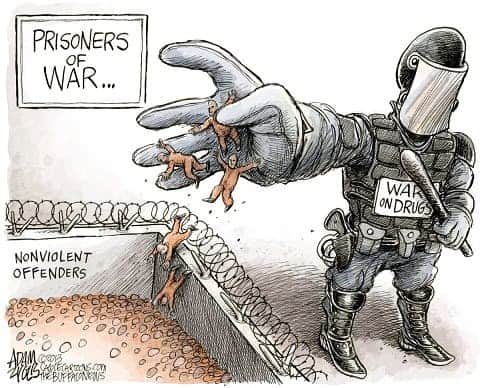 The research question for my essay was “what is the true cause behind addiction and relapse?”. It is easy to see why people associate poverty, will power, mental illness, genetics, and personal value with drug addiction. People often misunderstand addiction and the proper treatment for addiction. When researching treatment options the  National Institute on Drug found that successful treatments for serious addiction that combine prescription medication and cognitive treatment. Useful medications, generally for opioid and heroin addiction work by stopping the euphoric effects of the hormones released by the drug in the brain. These medications do not work the same as medications for mental illness or for physical pain. To me this shows that drug addiction is a illness in its own category that is both a biological need and a mental disorder.

Even non-substantive addiction have similar stereotypes and associations. Ultimately I believe that the causes of addiction is our brain response to the stimulant, whether that be gambling, anorexia, cocaine, or methamphetamine. Drug addict in particular are often isolated from others since they are perceived to be lesser than others since they suffer from a addiction associated with crime, danger, and a lack of willpower. People simplify drugs, addiction, and addicts. A perfect example of this is the D.A.R.E and “ Just Say No” campaign under Nancy Reagan as part of her husbands War on Drugs during the nineties. Unfortunately the War on Drugs resulted in greater incarceration rates, greater discrimination of inner city minorities, and even a slight increase of teen drug and alcohol. Though some of these claims are somewhat disputed its hard to disagree with the fact that the War on Drugs was ineffective and harmful to those suffering from drug addiction.

Addiction is a complicated and chronic disease. People often misunderstand addiction and addicts are trapped in a cycle of rehabilitation, isolation, and relapse. In the past attempts to end drug use have resulted in worse treatment of addicts and a greater harm for society as a whole. Ultimately addiction is caused by a biological response to stimulus and not childhood values or a poor constitution. I think addiction is important to understand as an aspect of societal and individual health. Understanding addiction will not only teach us how to better treat addicts it will also help us better understand the human brain.

Dear Melissa,
I found your topic of drug addiction research to be incredibly compelling. All of the research you sited reminded me of what happened in Portugal, where the government made radical changes in their country’s drug policy based on the scientific research that had been coming in (https://www.theguardian.com/news/2017/dec/05/portugals-radical-drugs-policy-is-working-why-hasnt-the-world-copied-it ).They went from having one of the worst drug problems in the world to being one of the best nations for addiction. I think you could use this in your essay. Great job so far!
-Tony

wow, i find this fascinating. i really liked how you focused on more of the scientific reasoning from addiction. we also have the same opinion on who should go to jail. the dangerous people who kill others rather than a person that bought 1 gram of cannabis.