Fighting to Change the Foster System 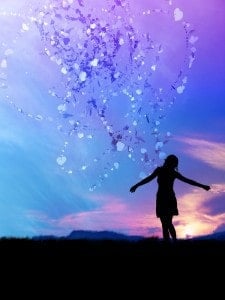 When interviewing Brenda Rosas, a foster parent, I realized that there are problems in the foster system that aren’t talked about, such as the way that foster children are treated in the system and how people aren’t educated about the system.

Firstly, it is important to discuss how children are treated in the system. In an interview with Brenda Rosas, who is a Foster Parent that works for a non-profit foster agency she explained what it is like at the beginning when fostering. Children often push boundaries because of previous negative experiences. She states,“They’ll test you to see like if your going to put in a notice to get rid of them, because as a foster parent you can actually put in what we call a seven day notice which is terrible and very sad but a lot of foster parents do it. ”(Rosas). The fact that the system is letting people do put in notices  to the kids is messed up and dehumanizing because the system is letting the foster parents treat the kids like a piece of clothing they didn’t want just to return them to get something else. The kids also know this which is why they test them at the beginning. This isn’t okay because later on there is a possibility that the kids behaviour might change or maybe the kid will have trust issues and not feel safe because they are going to think that, that’s going to happen in every home they get put in and kids in the system shouldn’t have to be in constant fear that they are going to get kicked out of each home they get put in. Furthermore, in the article titled “The Unbreakable Bond” by Kita Anderson she wrote,“How could the person who I relied on the most for my happiness simply leave from my sight? That was the last time I would see my older sister until my senior year of high school 13 years later”(Anderson). In this quote Kita is explaining what happened to her when she was 4 years old and how she was separated from her siblings when she was put in the foster system. This quote is significant because it is explaining how the foster system separated her from her siblings and then wasn’t able to keep in contact until 13 years later, this is not good because the system is denying the kid’s rights to keep in contact with their own family. Going back to what was shared by Rosas this might also be why the children at first test their foster parents.

All of these facts about the system, are important because the system is broken but it is hardly ever talked about. In an interview with Cesar Ramirez,a Bay Area citizen, he states, “I didn’t get taught about this it’s something I saw in movies, tv shows, commercials, and books”(Ramirez). This matters because people should be educated about the system so they can fight for the system to change or improve to help the foster children who are with foster parents who are abusive and don’t treat the kids right. Lastly, there is an article titled “True Story: I Went Through the Foster Care System” by Michelle, a former foster kid, and explained, “So naturally, there are some people out there who exploit the system and pocket the money, while providing the children with the minimum support possible”(Michelle). Some people who are foster parents use the money that the state gives them for themselves and don’t provide much for the kids. This is a problem because the kids aren’t getting the care their supposed to be getting from their foster parents. However, if people were educated more about all of this they could protest and create change in this broken system.

In conclusion, there are many topics from the foster system that aren’t talked about but should be talked about so people know how to help the system improve instead of making it worse.

9 August 2010. “True Story: I Went Through the Foster Care System -.” Yes and Yes, Michelle , 12 Mar. 2018, www.yesandyes.org/2010/08/true-story-i-went-through-foster-care.html. This source is about a girl who went into the foster system and was asking people’s questions on what happened to her while in the system. In the article she explains how she began in the system until the day that she got adopted. This source is credible because the person who is writing this is a former foster kid and she can tell her experiences when she was in the system to help other people understand the system from her point of view.

“The Unbreakable Bond.” FosterClub, Kita Anderson, 11 Nov. 2017, www.fosterclub.com/blog/real-stories/unbreakable-bond. This source was a bout a girl who was in the foster system when she was little and how she was separated from her siblings when she was four. In the article she talks about her experience of trying to find her sister. This source is credible because the author talks about the messed up thing the system did by separating her from her sister and how that affected her.

Rosas, Brenda. “Foster Care Interview.” 12 Dec. 2018. I interviewed Brenda Rosas because I thought it would be good to get a Foster Parent’s point of view of how the system is and their personal experiences while fostering. I think that this interview is credible because I got both perspectives of her, as a foster parent and as someone who works for a non-profit foster agency.

Ramirez, Cesar. “Foster Care Interview.” 20 Dec. 2018. I interviewed this person because I wanted to get a perspective of someone who wasn’t educated in the foster system to prove that this is a topic that needs to be talked more about so people can help and change the system. In this interview I learned that people are mostly educated about the system from tv shows or movies but not in school.

Hi Ariana, I really enjoyed reading your post on the foster care system. I also wrote an article about the foster care system and have also noticed that many of the children there are not being treated right. Like you mentioned how children are not being supported or cared for by their foster parents. Although, this might not always happen, there are many other cases where foster families have supported children which is amazing and hopefully there are more families like this. In your posts you have made some really good points and more people should look deep into this issue and can help the kids in the foster system.

I will keep your suggestions for next time. 🙂

A few questions I have for you are..

Your post is insightful because it focuses on an issue that is rarely discussed. As a preservice teacher I have many students who come from foster homes. I never really knew some of the struggles my students can face in detail before reading this post.

One thing to think about regarding this post is specificity. What are the actual policies regarding the information you wrote about in the second and third paragraph? In what ways are some individuals manipulating the system?

Overall the post is great and it is evident that you are genuinely concerned with the issues you raised in the post. I want to challenge you to address some possible solutions to the issues with the foster system.