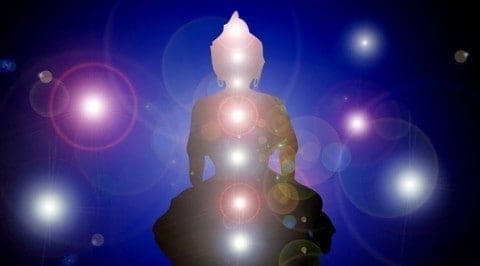 What if the energy we emit has a color? Psychic’s and Physicists alike claim that the energy we are composed of ultimately sheds a hue. It’s like a mood ring, but bigger, better, and more accurate . However, the types of auras these experts discuss vary greatly. One depends on our personality, while the other relies on science.
According to Psychic’s one’s aura is made up of multiple layers and has a variety of different color options, to list a few: Gold for wisdom, red for passion, yellow for creativity, blue for sensitivity, and violet for enlightenment. The color and personality combinations are practically endless. There are a variety of hues along with emotional descriptions that make our aura possibilities overwhelming. It is argued that the excessive amount of aura options along with the allegation of being able to see one’s aura with the human eye, make this skill less than likely.
While many doubt the authenticity of the human aura, Physicist’s may have discovered a process that will eliminate these suspicions. The fact that all things in the Universe emit energy is probable cause to look into the credibility of our very own energy based “mood rings”. According to bioelectric technology, our auras can now be captured. It is through a quantum physics based process, Kirlian Photography, that energy can be recorded in the form of light patterns. Thus, providing us proof of our individual auras. However, are these auras merely a demonstration of temperature/light/energy compounds being released from our body’s, or are they accurate descriptions of our current emotional state?

Dear Emily,
I am intrigued by your post because I’ve always thought that aura’s are not credible. However, you’ve provided information on how we can capture proof of these auras. One thing you said that stands out for me is: “However, are these auras merely a demonstration of temperature/light/energy compounds being released from our body’s, or are they accurate descriptions of our current emotional state?” I think this is interesting because you’re showing how unbiased you are in terms of the legitimacy of auras. I also wonder if the compounds you have listed are correlated to one’s emotional state.
Regards,
Huong Nguyen