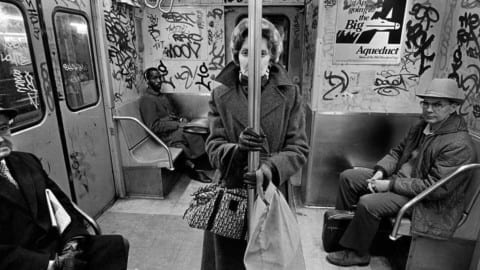 The first type of sensory detail I want to focus on is kinesthetic imagery. In chapter 1, Victor spoke about how he would question the importance of school and the reasons why he thought it was useless. The sensory detail that follows is ”Losing faith, feeling inferior, being neglected, and fleeing poverty and tragedy led me on a path of self-destruction.” The effect this has is to make the reader feel how complicated and difficult his life has been. He wants to emphasize the struggles he has dealt with. With all these problems he leaves the reader feeling sympathetic. The word fleeing makes you visualize someone running as fast as they can, with all their strength trying as hard as they can to escape oppressive situations and experiences in their lives. With all these problems having to run away from, it made you feel fatigued and tired just thinking of constant stress from fleeing.

The second type of sensory detail I want to focus on is kinesthetic imagery. In chapter 2, Victor spoke about how his mother Raquel, tried to abort him as a fetus while she was in jail. The sensory detail that follows is ”She began to feel her uterus trying to expel me, with pain and blood spouting”. The effect this has is to make the reader feel the forced, excruciating pain Raquel is feeling. This quote also gives us a sense of desperation. Raquel is so desperate she is willing to risk her own health and voluntarily self-inflict pain, to get rid of her child. Readers who oppose abortion might feel a sense of anger and disgust for her selfish decisions.

The third type of sensory detail I want to focus on is both visual and kinesthetic imagery. In chapter 3, Victor described the emotions he felt when being bullied because of being fatherless. The sensory detail that follows is ”I felt less human. I felt like a dog at a pound. Each time someone called me bastard, my chest shriveled, and my eyes would tear up in and anger and pain”. The effect this has is to feel the profound pain he feels, and how abnormal and different he feels. The emotions he experiences when reminded of being fatherless makes us feel anger towards the people around him who make him feel like an outcast. It describes how the lack of love and affection results in feeling less acceptable in his society. This quote makes the ones who have both parents feel grateful for what they have.

Overall, Dr. Victor Rios wants me to understand that life for the people around him and himself, was very different than the average life. He wants to emphasize the fact that growing up was tough and that evolving into the man he is today was not an easy task. However as the living proof that he is, he shows us that it is not impossible to defy the stereotypical outcome of a person who grew up in the conditions Victor grew up in. Change is very possible.

Hi Nallely, I am so interested in your topic. I think each kids should get a lot of experience from life and the society. But if they have too much work and hard work to do, they will feel difficult and depressed. Their experience will change them a lot, not only for their body, but also will influence their mind.

I enjoyed reading your blog posts. I have never read Victor Rios’ Street Life, but through your description of sensory details, I can tell that it invokes strong emotions from the reader. I agree with you that the strong wording he uses, such as “fleeing” create a vivid picture in the readers mind of the hard life he has lived. Im curious, are there any other sensory details used? Visual, auditory, tactile? These can sometimes be hard to find in books, especially biographies. Also, do you think Victor Rios specifically uses kinesthetic imagery in one part of his book to invoke some feelings and visual to invoke others? Thanks for your post!