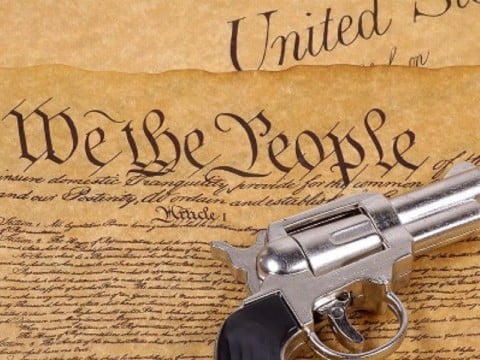 Americans have gone through many rough times, but we were always able to push through with overwhelming patriotism and confidence.  We had always thought that nothing can hurt America, after all we were the best nation in the World. But in recent years, through the acts of terrorists and shooters and our lack of jobs, the fear seeded inside our hearts grew as the stream of unfortunate events just never seemed to end.  The constant deaths and gruesome details portrayed by the media has made us more sensitive to any misdeed, and as these worries begin to aggravate, our comfort inside of our own country begins to cripple. Through multiple interviews, professional photographer and journalist Mike Belleme seems convinced that our fear is has been heightened to a level greater than previous generations.  “America is afraid. This is nothing new. It’s a collective state of mind heightened during any election period, as our fears are preyed upon to rally the troops… the consensus seems to be that we are more freaked out today than at any other time in memory” (Belleme).  Gradually, our fear has gotten out of control, and it has made its place into our values.

Immigration seems to be the root cause of all these issues so isn’t this why we should limit immigration? According to a forum poster who employed statistics from the complete listing of mass shooting from “Mother Jones Magazine”, “There has been ONLY ONE US mass shooting event in which the Muslim shooter was born outside the US since 9/11. During that same time White, Black, or Native Americans mass shooters born in the US have killed 213 people and injured 473 which is more than twice the count for Muslim shooters in the US” (“Counting America’s Mass Shootings”).  As these numbers have shown, we are the ones at fault, and we have been using minorities as scapegoats, so we came to the conclusion that we should limit the number of them by limiting immigration.  Besides this faulty accusation we have also been blaming the lack of jobs on them as well. Although we make the claims that immigrants are stealing our jobs, according to award winning author of Talent is Overrated: What Really Separates World-Class Performers from Everybody Else, Colvin claims we still have plenty of jobs and “that over the period of 2016 to 2026, there will be 11. 5 million jobs created and a million fewer people in the workforce to fill them” (Colvin).  Those who make these excuses are the ones who didn’t hold on to their privileged opportunity, so when it finally gives immigrants a chance to prove themselves, they start pointing fingers and directing all the blame and hatred towards them.  And the craziest thing is, as mentioned before, there are still plenty of jobs for everyone. Our fears were falsely derived from immigration and it is disappointing for us to see immigration, one of America’s core values, as a threat due to our myopic attitudes and beliefs strengthened by wild and baseless claims.

If immigration isn’t our enemy, then what is? Our fear is domestic, and comes from repeated ignorance and lack of consideration before our actions.  When we see shootings on the TV screen, most would think, “He probably had some mental illness.” “It’s probably never going to happen to me.” This attitude is exactly causes the next disaster, and the one after that, and so on.  Being an American means being responsible. In the award winning book Nineteen Minutes written by Jodi Picoult, Peter, the school shooter portrayed in the story was influenced by the actions of others, finally causing him to burst and go on a rampage.  Throughout the story, you begin to wonder if it is really his fault and whether those who made him into this “demon” should take the responsibility. “You don’t need water to feel like you’re drowning, do you?” (Picoult 355).  Peter was drowning, with no one to help him and with only his rage to keep, thus ultimately, he made his final “inconsiderate” action in response to those around him who did the same. We should always think before we act, then act cautiously because what goes in comes back.  In the words of American singer songwriter Tom Rapp, “Everything you do, returns at last to you, so why don’t you, do love” (Rapp).

Right now our American value is being destroyed and replaced by fear and hatred, and the only ones who can change this is ourselves.  We have to think before we act, and act in consideration. We have protect immigrants instead of attack them just because they are minorities. We have to blaming others for what they are doing and think what we can do better.  That is what makes us American.