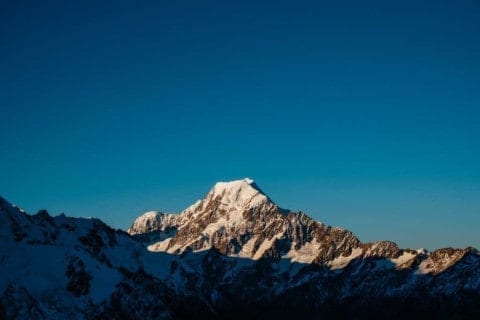 I believe that fate is an excuse. It’s a made up concept to abandon all responsibility for your future. If you think that no matter what, something will end up happening, what’s the point in trying? In reality, you have to make it happen. Your “fate” is in your own hands. In a world of nearly infinite possibilities, the idea that there is a predetermined destiny for everyone is, at best, questionable.
Over a year ago, I made an active choice to become more dedicated to running. I had been running for a few years before that, but I only realized that I wanted it that much at the beginning of that winter track season. That entire winter, I never missed a day of practice. I ran exactly how I was supposed to and what I was supposed to, down to the exact mileage and pace. Running became who I was. I thought I had done everything perfectly, and I believed that the upcoming track season would be the season I became varsity, or at least, close to it.
Instead, I got a stress fracture a week before the first race. I was out for months, and it even affected the cross country season after it. I believed, at the time, that I was “destined,” for lack of better word, to become varsity yet I didn’t. It made me realize that what was meant to happen might not always. After that, fate just didn’t seem to be something real or possible.
Now, there are indeed several counterarguments to this. It can be argued that whatever happens in the end could be “fate,” that whatever happens in the end is what is meant to be, and that everything that happened along the way was supposed to. I feel that this argument devoids the word of all meaning. It’s a lame excuse to try and justify something that isn’t there. Just because it might make sense doesn’t mean it’s real. Someone might also argue that I’m confusing expectation with fate, which is probably true to some extent. I have been defining it as what people think will happen in the end, which is essentially what expectations are. If anything, though, that strengthens my argument. There isn’t a definite chance that anything will happen, just a high probability, which is what you base your expectations off of. Expectations are very real. Fate is not.

Hi Abdullah!
This is a very powerful piece! I too agree with your stance on how faith is just an excuse to get out of doing work but there are also things that are not in our reality to achieve. Thank you for sharing your ideas.

Abdullah, your essay is very thought provoking. It’s really hard when you’re expecting something in life to go one way and depending on it and yearning for it and it gets snatched right out of your hands. I completely understand why it would make you question the idea of fate. I love how you were able to be vulnerable with this essay and talk about how events in your life affected your ideals. Thanks for sharing!

Hey Abdullah! I loved listening to your essay because your compassion was so evident. I agree with you that the ultimate outcome of our lives is not fully determined by what we do. My dad went to law school and loved studying law but when he graduated jobs were scarce and times were hard for a while. Even though he worked so hard and went through so much college, things weren’t all happy go lucky like most people expect to happen.

Hi Abdullah, I like your gate essay a lot. You put so much passion into it. It hard to be told that a person can’t do something but they have to be able to see what else there is around you to do. There is always something to do. We just have to be able to try new things.

Hi Abdullah! I agreed with your fate essay. I too believe that fate is not just brought on you, that you have to work to get a dream, and even if you work hard to get what you want things can change. I know what it is like to have setbacks. I even have two close friends who had setbacks in their lives that stopped them from what they enjoyed doing. One friend had to be amputated and another broke her back, but even today they have found new ways to be themselves even though they lost what they truly loved.