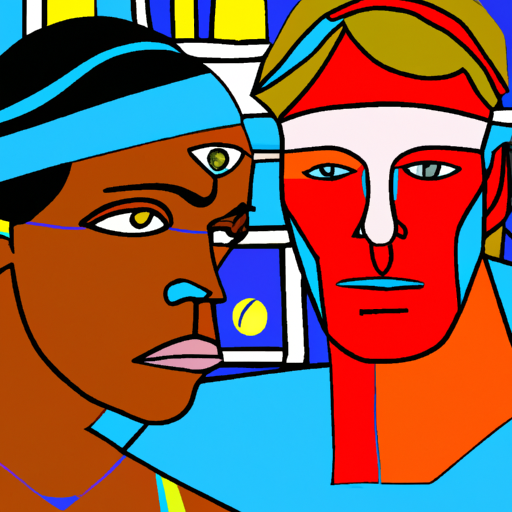 Both articles describe the impressive career of both these athletes. They were probably the best in women and mens tennis. Each had a unique style to their game that allowed both players to be very successful. Serena Williams won 23 grand slams and Roger Federer won 20. These are when the player wins all four major tournaments in a single year. The U.S. Open, the French Open, the Australian Open, and Wimbledon. This is a major accomplishment.

Both players held the number 1 spot for years, they are probably the most famous names in tennis currently. When it came time for retirement their reasons for retirement were very similar. They were getting old and had other things they wanted to do with their lives. For Serena, she wanted to continue to grow her family, and for Federer, he was getting older and wanted to end the competitiveness that took so much out of him. They both decided to retire in the same year which is a huge deal in the world of tennis. This allows for those who may have been hidden behind these two stars to step up and start winning.Some may argue it is good for the tennis world and some may argue otherwise. These players gave great competition to those who were looking to advance their career and someone to look up to, however, isn’t it fair that we let new stars into the light? It is the beginning of a new era in tennis which is both good and bad. We will miss these great players, but are excited for those who get to step up from behind the shadows. Nevertheless we are losing two great legends in the world of tennis that have taught and given so much to the tennis community so we must be grateful for that.

#1 Summary: Legendary tennis player Roger Federer, who won 20 Grand Slam singles titles, announced Thursday that he would retire from competition. He cited injuries and surgeries taking their toll on his body, with his final competitive matches being next week in London. At 41 years old and having played over 1,500 matches, Federer leaves the game with an impressive record of 103 tour singles titles, 20 Grand Slam singles titles, 310 weeks ranked No. 1 and a record six victories at season-ending tour finals. His farewell run was preceded by that of Serena Williams, giving the tennis world the most definitive confirmation yet of its generational shift towards younger stars. At Laver Cup, which Federer helped create, he’ll play with Nadal, Djokovic and British star Andy Murray on Team Europe. Federer earned over $130 million in prize money but has earned more than a billion dollars from off-court endorsements. Despite retirement, he will still continue to be involved in the sport.

Summary: Serena Williams says goodbye to tennis, reflecting on the impact it has had on her life. Despite wishing she could stay in the sport, she’s ready for the transition and is grateful for the opportunities it has provided her. She hopes that her amazing career leaves an important legacy of athletes being able to express themselves fully on court and off.

A: The biases that are present in the AI created summaries is that it is only fact based. There are no opinions or character in the writing. There is no emotion to capture the writers feelings on the topic.

B: I notice that my own viewpoint was different from the AI because I mentioned the greatness of the players and the reactions of the tennis world. I didn’t just state they were retiring but I explained the significance of it.

C: I have questions concerning whether the original articles used opinions or talked about the significance in this big event in tennis history. I wonder if the articles have anything other than the facts of what happened at the event.

D: I wonder if this is really a big deal in tennis or if people are accepting it quickly. Are people excited or not? Are people going to continue talking about these players for years to come?