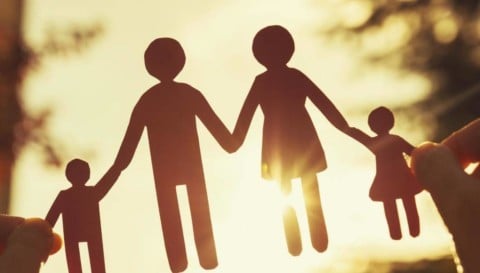 Growing up I never knew that being surrounded by sickness was unusual. I never knew that even though I seemed like the lucky, healthy one all my families sicknesses would cause so much pain. Although all the sickness has been a hindrance and caused an unimaginable amount of pain, I believe it has taught me to value my family and all the time I spend with them.

On March 12th 1998 this world was blessed with the birth of my sister Juli. Growing up she was and still is my best friend and greatest role model. At the age of only two months she was diagnosed with juvenile arthritis (JA for short) and has to battle with it everyday. For me this meant regular trips to Ann Arbor to watch doctors poke and prod my sister. Looking back every doctor’s visit seemed like a mini family trip because my sister was so unbelievably strong she made it seem like it was no big deal. For a long time I thought it was normal and that it really was no big deal, but as I grew up I came to realise that it was. Eventually I had grown accustomed to the doctors visits until one day when I was called out of school and told that my sister was in the hospital. Because I was only in 4th grade I didn’t fully understand what was going on. I just remember playing games and watching tv in her hospital room and seeing family and friends come in crying everyday. It wasn’t until a couple years later that I found out the severity of her disease and learned she could have died in that hospital room. She was diagnosed with ulcerative colitis and now has to live her life dealing with both her illnesses and their repercussions.

Now although my sister has to live with her illnesses my family has learned that she at least has the benefit of knowing what her diseases are. Unfortunately my six year old niece doesn’t have this luxury. When Lacie, my niece, was born she was unable to breath and  extremely sick. My sister wasn’t even allowed to hold her when she was born. She spent months in the NICU and nobody knew when or if she would make it out. Thankfully she was eventually released, but not without a feeding tube, oxygen tank, a countless amount of monitors and doctors visits, plus much more. Lacie began improving at home and when she was three she got her oxygen taken off and just a month ago she got her feeding tube taken out. Seeing Lacie in and out of the hospital and unable to even eat on her own until she was five, because of the endless amount of tubes forced down her throat, broke my heart and showed me just how valuable time spent with loved ones really is.

I am sorry that your family has had to deal with so many illnesses and that they continue to have to live with these medical issues. I hope that their health improves in the future. I can really relate to how you appreciate the time you have spent with family and how experiences from the past, even thought they clearly had a negative impact on your life, only allowed you to further appreciate the time you get to spend with them. I feel the same way with my family.