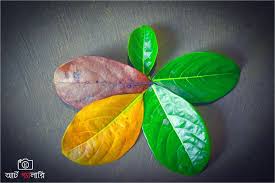 Recently, I read ”The Glass Menagerie”, by Tennessee Williams. I was surprised by this play. This play about a family where there is no such love between the members of the family. The father abandoned them When the children were too small. The mom is behaving like she was rich and she wants her children to do what she wants them to do. Therefore there is always a fight in the family.

The protagonist is Tom. His story is set in the 1930s in America, specifically in his house. The significance of the time where the play was set is that during that time the rest of the world was in a war: the second world war. In addition to this Tom always has a fight with his mother who’s trying to control their lives. She doesn’t want her children to do what they want. The significance of the setting shifting from his house to his working place is that because at his working place he has friends who understand what he is feeling. His friends can counselors him from time to time.

Tom faces certain forces and pressures. Tom does not want to stay at home because of his mother who always trying to control every single thing in his life. He meets these forces and pressures by deciding to Leave the House and go to another to fight for himself. You can see this early in the play in paragraph 49-57 of scene two.

The tension rises when the mother is commenting on every single thing that Tom is doing in the house. This might leave a reader feeling nervous. The mother is overreacting. In everything.

The play climaxes when Jim says to Tom’s mother that he is about to get married. ” AMANDA: My, but you are ambitious! You work at night, too? JIM: No, Ma’am, not work but – Betty! [He crosses deliberately to pick up his hat. The band at the Paradise Dance Hall goes into a tender waltz.] AMANDA: Betty? Betty? Who’s – Betty! [There is an ominous cracking sound in the sky.] JIM: Oh, just a girl. The girl I go steady with [He smiles charmingly. The sky falls] [LEGEND: ‘THE SKY FALLS’.] AMANDA [a long-drawn exhalation]: Ohhhh. … Is it a serious romance, Mr. O’Connor?  JIM: – We’re going to be married on the second Sunday in June. AMANDA: Ohhhh – how nice! Tom didn’t mention that you were engaged to be married.  JIM: The cat’s not out of the bag at the warehouse yet. You know how they are. They call you Romeo and stuff like that”.

The falling action ultimately resolves the conflict. The conflict of the mother carries on herself since her husband left her with the children. This conflict was to make the children happy and successful in their society. It’s a person v. society type of conflict that’s driving this story. The education of children depends on the society because if the society is a society where people love each other and help each other Tom’s mom will not have this problem of raising her children. But it is not the case they live in a society where people are fighting each other to become the best.

Do you think there will ever be a society where people love each other and willingly help each other? If not, how do will deal with conflicts like the one in this ply?