Family Relationships in ” The Glass Menagerie” 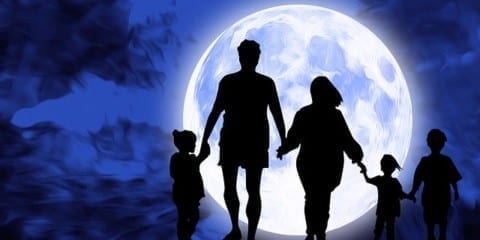 The Glass Menagerie by Tennesse Williams is the remembrance of the play, and its actions are from the memories of the author, Tom Wingfield. Tom is a character in the play and He is an aspiring poet who toils in a shoe warehouse to support his mother, Amanda, and sister, Laura.

The first and second scenes of “The Glass Menagerie,” by Tennessee Williams might leave a reader feeling perplexed because it shows the environment of the scenes in the play where the character is prepared to begin the show.  After that, the characters start with the conversation that their family is talking about.  An example of this is in lines 27- 28, it says: “Eating is indicated by gestures without food or utensils.  AMANDA faces the audience.  TOM and LAURA are Seated are profile.  The interior has lit up softly and through the scrim we see AMANDA and LAURA seated at the table in the upstage area].”  This is puzzling because you try to identify and comprehend what is happening to the characters and hope for more details after they begin the conversation you can recognize each character in the play. A reader’s questions might start on line 74 where it says: “Stay fresh and pretty! It’s almost time for our gentlemen callers to start arriving. [She flounces girlishly toward the kitchenette.] How many do you suppose we’re going to entertain this afternoon?” It is essential because it shows Amanda’s personality. She desires a good future for her daughter. This part is mixed up because all parents are the best for their daughter, but she has a particular reason to handle her family in her own way. This makes me think that the narrator is making the point that Amanda is the first character in this play.

After this part of the play, most readers probably will be looking forward to reading the rest of this play because it describes the relationship between this family and how they do not have a good life’s situation that their mother, Amanda tries to fix. I think what might happen following is that the mother comprehends the struggle her son, Tom faces in his life. And she can give some counselings, but sometimes people decide to take different ways in their life.