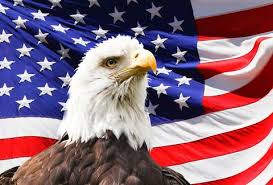 To me being American revolves around someone’s family and also their freedom. I believe freedom and family are two very big factors that play into being American as well as equality. Family is the base of who we are and they define us as people and Americans. They make us believe we can be who we want to be and the freedom America offers enables us to pursue those dreams. For the longest time family has always been a vital part of being American. We saw this a lot in the 50’s and even in a traditional economy. Family also plays a huge role in how our society functions, “A well-functioning family provides financial security for everyone living in the household” (Vanover). However, not all of us have the same idea as to what being an American is, but that’s okay. Some people don’t really think family is that important, but I stand by my opinion that family is the base of who we are as Americans. The dictionary defines freedom as, “the power or right to act, speak, or think as one wants” (Oxford). Freedom is also so important because it allows us to voice our opinions in way that won’t end up with us getting in trouble like it does in some other countries. According to the Bill of Rights, “Congress shall make no law respecting an establishment of religion, or prohibiting the free exercise thereof; or abridging the freedom of speech, or of the press” (Madison). For centuries freedom has been a part of our country’s’ history and culture and that’s why I think it is one of the most important factors of American Creed.

“What Is The Importance Of Family In Modern Society?” Betterhelp, www.betterhelp.com/advice/family/what-is-the-importance-of-family-in-modern-society/.

I agree with you that family is an important part of American values. Your statement of “. They make us believe we can be who we want to be and the freedom America offers enables us to pursue those dreams. ” is something that stood out to me, I think you’re right. One thing I would say is that a family is any group of people who love and care for one another, blood relations are important but they don’t make a family. I like how you included freedom as a main value.