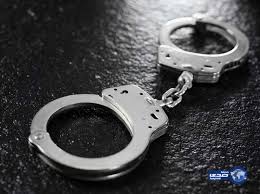 How are families affected by gangs, youth that are involved in gangs are more likely to dropout of school and sell drugs. What are gangs? According to Dictionary.com, a gang is,  “A group of persons associated for some criminal or other antisocial purpose” (Dictionary.com). Sometimes gangs can be really different because it can be one race in a gang or multiple races in one. Sometimes gangs can be located anywhere in the world. Gangs can also make young people  join at a very young age and they can possibly die because of gang violence. Through research and interviews, it is clear that gangs can have an effect on families because loved ones are lost and often children join gangs at a young age, which changes their lives. To help this problem in Oakland, there should be clubs for young children to help get them off the street.

First, gangs hurt young people and families because they lose people they love:

The article “The psychological impact of gang violence” written by Emmylou Rahtz talks about how families that have gone through traumatic events such as deaths of family members. It states that, “People that are injured in gang violence are six times more likely to suffer from (PTSD) and they will get the mindset to get revenge, hurt themselves or hurt their family” (Rahtz). Post traumatic stress disorder (PTSD) is when you see a terrifying event happens and you  experiencing it or witness it and could possibly get nightmares. This is important because youth can get PTSD and the clubs can keep them off the streets and stop them from being in gangs.

When losing a young one, what happens is  stress and trauma. Also, that kid probably has not finished school yet and lost their lives. It will make other people feel like they have to get revenge and take someone else lives and that cause them to enter a gang at a young age.That sometimes the person who lost their loved you can have depression and really hurt them self or someone.

Secondly, when gangs are in families, really young kids join the gang because it is what they know.

I read an article and it was talking about how kids join gangs because. “Others are motivated by peer pressure, a need to protect themselves and their family, because a family member also is in a gang, or to make money” (American Academy of children). What this quote is talking about is that there are a lot of kids that join gangs because they know that they have a family member involved in gangs and then the kid thinks that it’s okay because his family members are in that gang and they start to get peer pressured by people to join.

Lastly, I Interviewed my know cousin because I have know him for a while and that when I had interviewed him he had told when he used to live in the 80’s in Oakland when he was about 14 or 15.  He had a lot of friends and that almost every single one of their family members where in a gang. And, that when they got 17 that one of friends had joined a gang because he knew that his uncle had been in one that his friend had been in some trouble and he said that his friend is doing life in prison for being and gangs and so he had stop hanging around those friend because they were not right  for him.

Because of the gang problem in Oakland and how it affects families, Oakland needs to make more programs for young people.

In Conclusion, I know that gangs affected families and young kids and make them hurt himself and her family.

Aaron Torres because he has been my friend for awhile. When I was interview him he had said that one of his dads friend died because where he lived there was gangs and she had got shot. Right now me him live really close together and we used to have a bad neighborhood and but now its clam down with the gangs.

I picked this person because he is someone that i know. For all my life and I know one of his family member was in a gang. Fernando is a good source because i knew that he had a lot information about my title and know that his family’s ha been around gangs and had been in gangs.

Emmylou Rahtz Associate Research Fellow, European Centre for Environment and Human Health, University of Exeter. “The psychological impact of gang violence.” The Conversation, 15 Jan. 2018, theconversation.com/the-psychological-impact-of-gang-violence-77267. This website gave me good information because it talks about how youth kids get PTSD and what is PTSD.

Aacap. “Home.” Home, www.aacap.org/. THis website was really helpful because it was basically talking about how gangs everywhere are the same as in Oakland

I am intrested in your topic about families affected by gangs.

Well you can talk to your teacher about it.

This blog is strong because It clearly explains to the author how young kids are badly affected by gangs.

Im grateful for your blog because you talk about real things that are happening like how young kids can be recruited into gangs and it effects families by seeing there young son growing up by joining these gangs. I also like how you wrote about peer pressuring and that a real thing that happens to kids everywhere not just in gangs that effects kids to do things that they don’t want to which may lead to things that get kids hurt. These lines stood out to me because thoughts are the things that happen the most through out oakland.