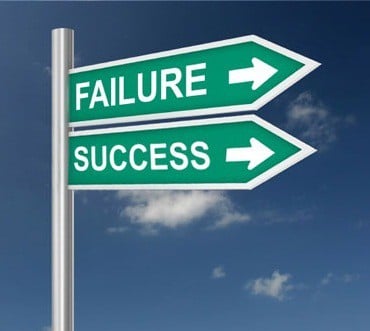 I believe that success always comes from a failure.

I tasted my first failure when I was in 5th grade. My tennis friends that I would get to the finals in the boy’s 10 and under group at the local spring tennis tournament. As expected, I made it up to the quarterfinal. However, I lost to the three-seed 6-3, 6-2, shocking my friends. This event started back talk about me. However, instead of putting me down, it fueled me to become a better player: I practiced more and invested more time on how to improve my game. I practice whenever I had time off on weekdays and weekends, playing people and hitting with walls. This paid off when I played a year later in the local winter tournament, where I made it to the finals of that division.

Another instance of failure was in academics. After a grade-wide math test, my scores allowed me to take advanced math in the 5th grade. But as I moved up to the sixth grade, there were two kids in the grade below me who were placed in our sixth grade math class. However, there wasn’t enough room for thirty-two kids to take the class. That made two students drop the class with the lowest scores, and one of the unlucky ones was me. Being kicked out of the class made me taste the failure of not taking the classes I wanted to take, being in a class that didn’t suit my needs, and also being kicked out a class because of my grades. This made me study intently throughout the school year in 6th grade and into summer. In the beginning of seventh grade, the whole grade took a math placement test. I scored the highest out of all my grade, regaining my seat in the advanced math class. This ambition didn’t stop there. Later in high school, after my freshman year, I tested out of precalculus honors and made it into AB Calculus. I still continue to thrive and work hard in math and other academics thanks to that event.

You probably heard of many famous people who faced failures, but they turned it around to break records and goals, like Thomas Edison, Michael Jordan, and Albert Einstein to name a few. But I’m just an ordinary kid, and I was able to fuel my failure and make the best out of it by improving myself from academics to sports. Through your own failure, you can turn it around and become successful from it.

Joseph,
This is something that every successful person knows very well. You’ve only truly “failed” when you give up on yourself. Anything is possible with enough determination and perseverance. I enjoyed reading your own stories of failure and success and I hope that people will be inspired by them.

Joseph,
I really relate to your story and agree wholeheartedly that failure leads to success. You worded this idea really well and supported it with the stories you told. Thank you for sharing:)

No matter what people say, you will always learn from your mistakes. Your mistakes make your own pathway in order to succeed. Just keep trying until you get on track again.

Joseph,
I can relate to this because I have learned a lot from my failures and mistakes I have made to become a better hockey player.

Joseph, this is easily one of the best papers I have read so far! Maybe because this topic is so relatable, but I can feel the defeat you felt but also your redemption as you got better and were the best. I understand this idea, and I believe that our success comes out of failure. You know you’re trying hard if you make a mistake and learn from it. Let failure fuel your fire!!