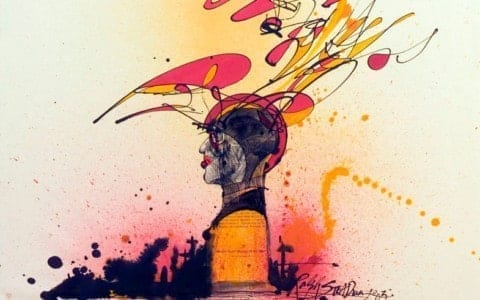 In the book Fahrenheit 451 by Ray Bradbury talks about the hegemonic ideologies (power by a dominant group over other groups ) that books are illegal and they should be burned no matter what. Another ideology is that TV’s or technology in general are more important than reading books. The main characters that live in this oppressive society are Guy Montag ( A fireman who realizes books are important ), Clarisse ( 17 Year old female that shows Montag that books have meanings ), Captain Beatty ( Captain of the firemen who hates books ), Mildred Montag ( Montag’s wife who’s obsessed with watching TV and takes sleeping pills ), and Professor Faber ( A retired English professor who owns books ). The government uses many tools to help maintain this oppressive society. One of them is force, they use force when they’re burning homes that have books in them. Another is propaganda, when they make up lies about people who come against them to make them look like criminals. Lastly consent, the government makes people consent by using their power to manipulate people’s mind. When the government uses these tools it makes people feel less than what they are because they don’t have the voice to speak up and even if they do speak up they’re put down. Even after all of this chaos Guy Montag and professors will fight back to liberate himself and his society from all of the oppression. Stay tuned to figure out what happens next.

In Fahrenheit 451, the hegemonic ideologies impact and harm everyone in the community. Because of this, we created a plan to save the society from being controlled and manipulated. Our plan began with the destruction of the city because the goal was to build a new one that would erase the hegemonic ideologies that interfere with people’s freedom. In this society, the new government was made up of Montag and the professors because they are the people that value the power of books and literature. The first law the new government created was to legalize books which is represented on slide 12. Their next law was created to reverse the damage caused by pills that were meant to mind control the people and suppress their thinking which one can see on slides 4. The professors in the government created an inject that will free the people’s mind and allow them to think (slide 6). It is a law that the first injection is mandatory for all community members so that they get to experience what it feels like to think freely (slide 9). When they have the ability to think, they will then have the freedom to make a choice about whether they want to keep taking the pill because they don’t want to think or worry or if they will prefer the injection and the freedom to think and learn (slide 10). If someone chose the injection, they will then be allowed to choose between books and TV because the goal of Montag and the professors is to give the people their freedom back (slide 11). The other goal is to rebuild the city. So, those doing the construction work are those who commit crimes in the previous society (slide 14). The ones who commit crimes are also the firefighters that take out fires instead of burning down houses (slide 13). Overall, the plan to save the city is to give people their freedom back to think and question.

Dear Bryan,
I was very intrigued and impressed by your work! I thought you provided a descriptive overview of Fahrenheit 451 and had good suggestions as to how to get rid of hegemonic ideologies. The slide show was also very well put together and provided a nice visual representation of your ideas. What really stood out for me was “When they have the ability to think, they will then have the freedom to make a choice…”. This stood out for me because the freedom to think and make choices is such an important ability that everyone has. I think it is great that you are including information about this since it is a simple yet powerful tool. Reading your post made me think back to an experience I had. I have an uncle who would often discourage my hobbies because I could be doing more with my time. I have never questioned his expertise and followed his advice. However, I soon realized that these choices did not make me happy and questioned myself about what I truly wanted. In the end, I learned to use my voice to question and think critically. Keep up with the great job and looking forward to your future writings!

Bryan I really do like the way you have explained and gone into depth about this book, but more than that I love the slide show and illustrations you have provided. I feel like with those images it helps get your point across all that more. I also found an article tying it into social media today that I think you may enjoy.
https://www.nytimes.com/2018/05/10/books/review/fahrenheit-451-ray-bradbury.html

What a fascinating take on and old standard. I like your approach to the conflict between dichotomous ideals. It has a Matriz-y feel to it.