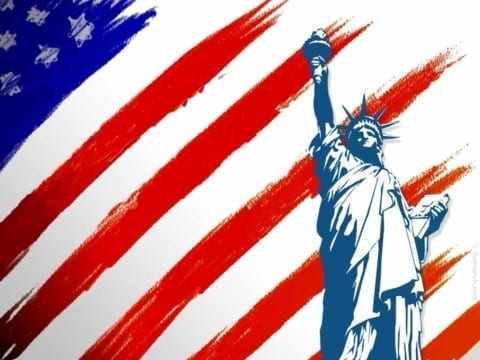 Through our history as Americans, our values have changed many times as our country developed. However, we have always had the constants in our lives that make us who we are. Our changing values now have formed what we know as our American Creed that represents the United States and the people for what they stand by. Representations of American Creed are documents that formed and defined the United States as we know it today which include: The Declaration of Independence, The Constitution, and The American’s Creed. Some of the most important points of our American Creed are independence, diversity, and freedom. Because of these three founding principals, every person has a different interpretation of what it means to be equal and free which reflects America as a continually progressive country through the use of our unity.

Independence has been an important part of our society from the start of the Revolutionary War that eventually led to what we have accomplished now. From that point on, people’s lives would be changed forever through The Constitution and Declaration of Independence that officially declared America as the “Land of the Free”. Through the time our country was formed to our times now, the independence has never wavered in the significance it has to the country and the people. In an article by The Washington Post, it states, “Freedom in today’s America requires making our diversity a strength… It means defending the equality of women and the personal freedoms and rights that have been won through great struggle” (para. 11). With our freedom, we have the power to control what we do every day and how we do it which provides us with what our independence means to our daily lives. As we have had independence for a long time, we have shown that the United States can indeed survive and show our freedom to the people, by the people, and for the people.

Unity, one of the key values from The Constitution eventually holds the true meaning of what it is to be an American. From having unity as one of the key values to our American Creed, we create as in William Page’s The American’s Creed, “…a sovereign nation of many sovereign states; a perfect union, one and inseparable” (Page). As Page talks about how the United States is “one and inseparable”, we gain the true meaning of our states that promote and support the overall unity of the country. From this, we form a country that is always known as “united” because we are in fact a place where not only do the people come together as one, but also we come together as a country to maintain a free and equal environment for everyone. Without unity to provide us with the basis for the United States, we would not have been able to form our own independence or equality that are of major importance in our society. Although many changes occur through time, the core value of unity that the United States was built off has been maintained consistently.

Equality, an additional value of importance in our society has been something our country has strived for from the start of its existence. The need for equality in The United States has created fairness and justice amongst Americans that allows us to prove and wear our rights proudly. One main document is the Declaration of Independence which provides us with equality by stating that, “We hold these truths to be self-evident, that all men are created equal, that they are endowed by their Creator with certain unalienable Rights, that among these are Life, Liberty, and the Pursuit of Happiness” (Jefferson). Among these unalienable rights was equality which later proved to be exceedingly important in the future. One of the most important documents of the United States promised the people equality that is still unwavering to this day in what it stands by and provides for the people of the United States.

American Creed is important to our society not only through the values but also what the values do for the people of the United States. Because of the values of unity, independence, and equality, our country is supported by strong foundations that create the very basis that all our lives lean on.

It is very clear in this paper that you know did your research into the topic and found the key points that American Creed comes down to, which I find is very informative and easier to understand from the reader’s perspective. What you mentioned about diversity echoes a lot of what I also mentioned in my paper, that diversity needs to be our strength in America. I liked how there was a clear point being made in each paragraph such as independence, unity and equality. This was very well written and formatted which made it great for learning more about American Creed.

Lillian,
I agree with you that these values are important to us as Americans. Your usage of American documents to explore your ideas was a smart move and helps us all understand things more. I also like that you used quotations. You claim that the equality promised by the Declaration and other documents is unwavering and still provided to Americans today. Do you mean this in the sense of our separation from England or actual equality? Yes, we are still separated from England, but individual equality isn’t granted equally a lot of times. We as Americans have come a long way, yes, but would you agree that we have a long way to go as well?