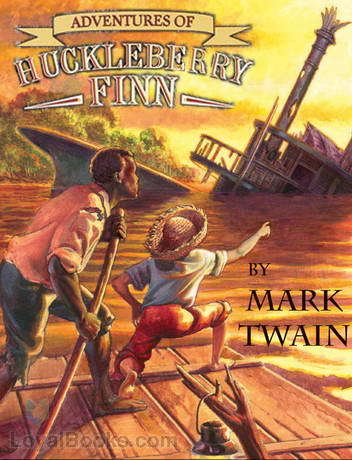 Huckleberry Finn by Mark Twain is a great example of a book who uses dialect to show differences between language in different time periods and regions. The dialect in the novel allows readers to be pulled in deep into the context of the story and make us feel apart of the time period. For example,“Blame de point! I reck’n I knows what I knows. En mine you, de REAL pint is down furder—it’s down deeper. It lays in de way Sollermun was raised. You take a man dat’s got on’y one or two chillen; is dat man gwyne to be waseful o’ chillen? (Twain 71)” This quote really shows how the book brings in some really different dialect that most people coud not understand. I think that the use of dialect in the story was very important to understanding what the time period was as well as how people talked. There isn’t much dialect in my area now unless someone lived somewhere previously but if you were going to the south you hear a dialect change. Depending on where you live most of your life it will make you hear different dialects if you are introduces to them. People aren’t really judged much on their dialect in the United States but it may people possible that some people might say that some people’s accent are more harsh or less harsh than others. Some southern dialect sounds like; “I done told you twice.”Forget it, I done it myself.” To me southern accents are harsh sounding and sometimes they sound like improper english. I think that in reading Huck Finn it has allowed me learn about how much dialect can play into how a story in interpreted and understood.