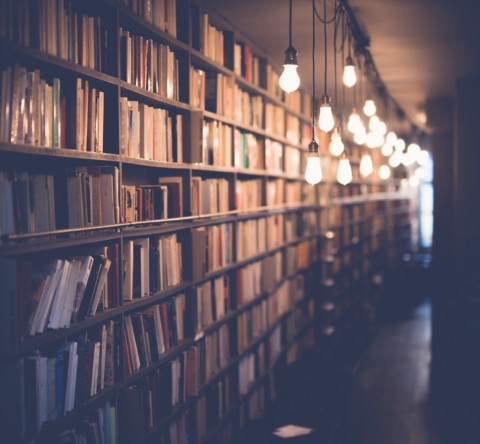 When love was a question, the message arrived
in the beak of a wire and plaster bird. The coloratura
was hardly to be believed. For flight,

it took three stagehands: two
on the pulleys and one on the flute. And you
thought fancy rained like grace.

Our fog machine lost in the Parcel Post, we improvised
with smoke. The heroine dies of tuberculosis after all.
Remorse and the raw night air: any plausible tenor

might cough. The passions, I take my clues
from an obvious source, may be less like climatic events
than we conventionalize, though I’ve heard

of tornadoes that break the second-best glassware
and leave everything else untouched.
There’s a finer conviction than seamlessness

elicits: the Greeks knew a god
by the clanking behind his descent.
The heart, poor pump, protests till you’d think

it’s rusted past redemption, but
there’s tuning in these counterweights,
celebration’s assembled voice.

I chose this poem.  Or, rather, it chose me.  The poem talks about how not everything is going to have a good beginning or a perfect ending and that we should accept it. My first impression of this poem was confused because each stanza is different and it made me question what she was talking about.  The poem absorbed me, yet, at the same time, made me puzzled.  A line that particularly makes me feel absorbed is, “The heroine dies of tuberculosis after all.”.  Puzzles arise for me when I read the lines, “in the beak of a wire and plaster bird. The coloratura”.  This could be because some of the lines in the poem make me have to think about how this relates to other stanzas because it confuses me but yet I enjoy it and absorb it because I can’t understand it in a min I have to think harder.

What I know about the situation – what’s happening in the poem – is that the speaker is saying how something can always appear as good and then turn the opposite. . What I know about the speaker is that they are the kind of people who are straightforward.  This is suggested by the words “The passions, I take my clues from an obvious source, maybe less like climatic events than we conventionalize, though I’ve heard”.   The speaker seems to be speaking to people who give up and telling them to not give up, and perhaps to people who think change is bad.  I say this because the speaker gives different examples of how things change and how it is ironic.  The poem doesn’t seem to spring from a particular <historical moment/culture — specifically, …  >.  The poem revolves around several themes, including imagination and simplicity.

If this poem were a question, the answer would be “ yes, because when you least expect something to change and turn a different way.”.  If it were an answer, the question would be “do you think things change?”  The title suggests something will always change and the thing you accept might become different.

The poem’s form is free verse.  This form is a vehicle for the content of the poem.  If the poem were, say,  a ballad, it would not guide me toward an understanding of its meaning.  The free verse makes this poem special because there is no structure making the writer think outside the box.