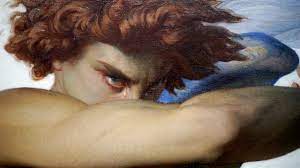 The ancient Chinese believed in the philosophical concept of yin and yang, two opposing forces that complement and complete each other. Numerous examples of yin and yang exist in nature such as the brightest light creating the harshest shadows. But perhaps the most fascinating application of yin and yang exists in the realm of fiction in the relationship between heroes and villains. We all listen to the same story growing up, the valiant hero overcomes the odds to defeat the despicable villain. We learn to view heroes and villains as part of a binary system, we root for the good guys and root against the bad guys. It’s a principle that all but defines the essence of storytelling as children we view this as an unbreakable law, but as we get older something very mysterious happens the line between heroes and villains starts to blur, all of a sudden heroes start to look a lot lamer while villains become more appealing. The villain is very synonymous with the word evil, but what exactly is evil? In most cultures the concept of good and evil is tied to our premise of morality, our morality is often determined by whatever spiritual or religious code we live by. We grew up with the devil embodying evil as the face of evil for the world’s most popular religion satan is most likely the most infamous villain in human history, he is portrayed as the incarnate of evil, meaning his actions literally define what it is to be immoral.