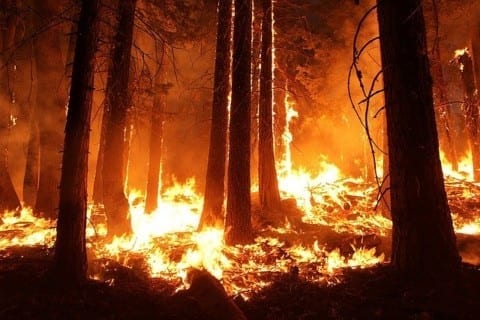 Are nuclear weapons ethical? In this article I am going to stray from the question whether or not war is ethical, because in all actuality war is a part of human nature. Nuclear weapons give unthinkable power to those that control them. Never before in history have you been able to hit a button and end the lives of millions of people. There are some who believe that no action could ever justify the use of nuclear weapons, and that the existence of nuclear weapons is an atrocity. Nuclear weapons are morally and ethically wrong, but their existence is not unprecedented.

Human nature has been building to this ever since we started to use weapons. Before the invention of primitive weapons it is fair to assume that people fought with their bare hands. Eventually we moved to the club, distancing ourselves from our enemies. Then came the bow and arrow, which vastly improved how far away we could kill something. The bow became the musket, then the modern small arms, artillery, missiles, rockets, and eventually nuclear ICBMS. If this progression keeps advancing as it has been, it is fair to assume that the nuclear weapons may be looked at as the bow and arrow is now.

Let’s examine how this chain has already advanced since the creation of the nuclear bomb. Little Boy and Fatman were the first two nuclear bombs ever used. They were dropped using a “Boeing B-29 Superfortress Enola Gay piloted by Colonel Paul W.” They were far larger than anything anyone had seen before, with a net explosive value of 15 kilotons of TNT. Fatman was marginally weaker, but still in the same class. The largest single bomb that was ever built and detonated was the Tsar Bomba. The Tsar Bomba was a Russian made bomb, because who else, that had an explosive value of 50,000 kilotons of TNT. So, yeah…bow and arrow. The first nuclear bomb does not even compare to that of the Tsar Bomba. The fun does not stop there, we haven’t even talked about missiles yet. The Satan 2 missile made by Russia, is the largest nuclear device to date. “The deadly warhead can travel more than 6,000 miles.” It has a destructive area the size of Texas. Texas! So in conclusion, if nukes seem bad now, just you wait. Armageddon is looking less survivable ever day.

I agree with nukes being ethically wrong. Mutally assured destruction should hopefully prevent nuclear weapons from ever being used again. The agrument for using them now would have to be a truly dire circumstance. I doubt they will ever be used but as long as people are still killing each other people will keep creating new methods of doing so