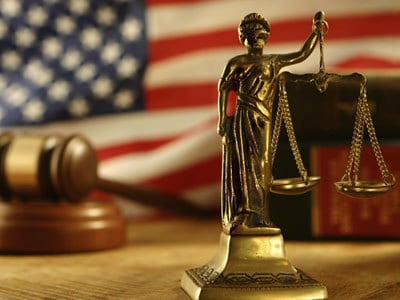 There’s injustice, but the fight for equality rages on. The problems are trying to be fixed by some, but they still exist. Such as the stigma around serious crimes tending to lead to unfair trials, especially in America. This is worrisome due to the fact that one of the amendments in the Bill of Rights is about fair trials. The Fifth and Sixth Amendments claim to giving everyone a fair trial, but with situations such as the ones in Just Mercy: A Story of Justice and Redemption by Bryan Stevenson, you have to wonder if those rights are always upheld. When the Sixth Amendment claims to give clients an impartial jury, but that simple step doesn’t even happen all the time it can cause some worry. In Just Mercy, Bryan Stevenson talks about all the unjust cases he’s worked on and the unsafe conditions in some prisons and it makes you worry for all the people that are unable to defend themselves and that are put in those positions.

Along with that, we have a justice system that wrongfully incarcerates more people than it should be able to and too often it’s unfair on purpose. In the main story line of Just Mercy Stevenson writes about Walter, a man that was convicted of murder who had multiple alibis, no incentive, and no possible way he could’ve been the murderer, but he was convicted and put in jail until he got the help of Stevenson himself to get him out of it. He, sadly, isn’t even the only person to go through something like this and most of the time there isn’t anyone to help.

In fact, Stevenson has dealt with several cases on that exact matter and he was even the founder of the Equal Justice Initiative (EJI). He has helped many people out of those situations and advocates for their rights in court and in jail. He has helped make the system more fair, even bringing some cases to the United States Supreme Court. He has helped quite a bit for one person, but there’s still a lot to do as a nation.

Along with all of this is just the inhumane conditions of some prisons. Due to overpopulation, a lot of prisoners aren’t given the mental therapy and treatment they need. Plus, if someone was trying to quit any sort of drug or alcohol use, it would be an extremely rough time since they’d have to quit cold turkey. In the worst cases, prisoners aren’t necessarily even given their needed medical treatments. Plus, some prisoners are subjected to sexual assault or even rape from the prison guards or other prisoners. The culture inside American prisons is unsafe and extremely dangerous for the prisoners.

While there are some people advocating for the rights of prisoners and those put on trial, most Americans don’t know it’s an issue and those that do don’t care. This culture is perpetuated by people wanting to give those actually guilty an extreme punishment. So, those in jail for minor crimes get the same terrible treatment as felons and a lot of the people charged aren’t given a fair trial due to a spreading of untrue information. All of this doesn’t even account for harsh sentencing or how much released prisoners have to deal with upon gaining their freedom.

All of this leads to a certain type of culture. One where we don’t really care about inmates, don’t believe the people pleading innocent, and don’t trust those that say they were wrongfully convicted. This is part of the American culture, a bad but prominent part. It’s something working to be fixed and changed and luckily that’s also part of American culture. So, for such a blemish on our nation’s appearance, it won’t always be this way because it hasn’t always been this way and the American culture is ever evolving.