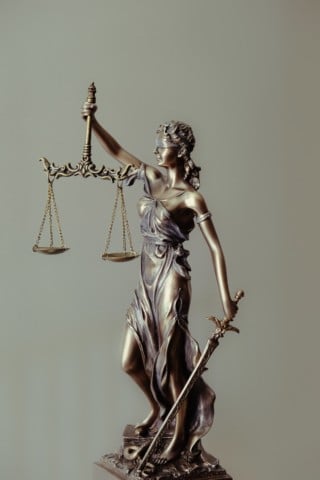 What it means to be an American could mean various different things in this day and age depending on what specifically you’re asking about and who exactly you ask. There could be speak of freedom, personal identity, education, business, opportunity, and so much more. There’s also many factors that could influence the way someone perceives that question, and that’s exactly what I believe is key to being an American: one’s individualism. The differing of opinions and ways of thinking between Americans is precisely what makes it the country it is today. America has been esteemed as one of the most innovative and influential countries in the world, and as young Russian student Katya Gazetnikova describes it: “It is the main country in the world, all new technologies appear there, most interesting things, too,” (Gladstone). Personal liberties and freedom of expression have been the cornerstone of such innovation and economic growth, and people’s individuality and independence has been a key component of that as well.

Despite this, people’s differing opinions have also brought about much conflict throughout the course of history and, most notably, very recently. In light of current events, there’s been much violence due to those conflicting opinions. In a political sense, many people may think of the two parties and perhaps the upcoming election. In fact, the election in and of itself is a conflict to appeal to people’s opinions and to try and resonate with them to gain a vote, with the two parties being the two main contenders. Unfortunately, the conflict between parties extends beyond just the elections. Each party has acted more and more in their own interests and sticking to their foundational beliefs over working together for the sake of bettering the country. There’s been much debate about the Republican’s insistence to replace Ruth Bader Ginsburg before the presidential election, going against her dying wishes to wait. As Thomas Nacey Jr. suspects, the Republicans are not very confident in the president’s chance at reelection and that might cause the loss of a Republican seat. All the parties ever seem to do anymore is fight and it’s somewhat shameful and even embarrassing as a citizen to see this sort of behavior in our leadership system.

Is that how other countries see us: a nation who can’t seem to stop fighting with itself, having a corrupt government and unable to achieve progressive accomplishments? How must they view us in terms of government scandals such as the Watergate incident, and recently even the president’s impeachment? How about when he encouraged police forces to violate protesters’ first amendment rights and cleared them out with tear gas so he could take a photo, about the protests and the Black Lives Matter movement as a whole?

“…Where will this end? It’s almost like a civil war,” and it might as well be (Gladstone). In fact, there’s been continued conflict over confederate memorials. Winning a battle for the abolishment of slavery then having to see statues erected in your own town that represents all that you’ve fought against can be seen as wildly inappropriate and offensive in many cases. “They were symbols of defiance, intended to let African Americans and the federal government know who was back in charge,” a symbol that could be seen as fearful and even as an attestment to white supremacy, causing much debate and conflict ever since they first started to be erected (Robinson). Currently, there are many people attempting to make progress and achieve equal rights and representation, yet there are others who are still looking out for themselves and trying to limit other’s freedom based on their own beliefs and self interest. “[America] goes around the world promoting democracy and human rights, but can’t enforce them at home,” and they’re completely right (Gladstone). America is a country founded on the idea of freedom and prosperity of the individual, yet freedom and equality for all is still being fought for in great strides to this day. While one’s initial response to the question “what does it mean to be an American” might be the idea of freedom and equality, there are many who can personally attest to that not being entirely true.

I agree. Our country is being pulled apart by polarization and conflict. We are loosing sight of our founding principles. Even today in the modern age we are still fighting to live up to the words “all men are created equal.” We need to set aside our differences and come together as united people.

I agree with you about what it means to be American. I like how you wrote about how Americans are divided right now and used current examples to support your claims.