Home Equality for All 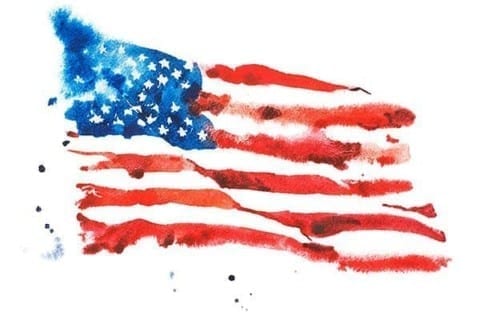 Every culture has a past, it doesn’t matter how proud or disappointed the individual is about it. The only thing that truly matters is the future, for what you accomplish is what defines you as a person. Everybody is able to be the person they want, nobody is stopping them. But everybody should understand how important equality is, no matter where they are. Throughout history, people have been mistreated due to their race, culture and/or beliefs. It is up to the future generations to fix that wrong.

In the article, “Race inequality is out in the open: time to stop talking and act”, Kimberly McIntosh talks about her Gran and her mother, who moved to Reading, Pennsylvania in 1960. McIntosh includes how her Gran had to pay crazy amounts of money for a run down room just because she was black. McIntosh also talked about her mother’s struggles in school. Because she was black, her teacher mocked and embarrassed her, and she ended up dropping out of school at age sixteen to escape.

On May 18th, 1980 the Miami Riots broke out. The trigger was when a black salesman who was pronounced dead after receiving injuries from white policemen. It was when the trial ended in the policemen’s favor, that people began to riot. Many were injured and lots of property had been destroyed. Events like this happening in 1980, should have never occurred because the white policeman didn’t receive the punishment he deserved. And the second paragraph in the Declaration of Independence even states that all man is created equal.

Many know about the horrendous incident that occurred in Charlottesville, Virginia August 11th, 2017. Joe Heim, a Washington reporter describes the scene as being chaotic and says that “the two sides screamed at each other. ‘Nazis!’ the counter-protesters chanted. ‘[More expletives] was the response from the from the park where the rally-goers stood behind metal barricades” (Heim, Washington Post). Americans should be far beyond this point of chaos. Many were injured in the protest and one person died, just because two groups of people had different beliefs.

Although these events are blood boiling, Americans have progressed more and more throughout the years to represent change. By beginning to spread the feeling of equality to those who may feel discriminated. In recent years, Americans have created a more positive history by voting for the first black president in 2009, and Disney, by presenting their first black princess in their movie, Princess and the Frog.

In the year 2009, Americans finally voted for the first black president of the United States. Barack Obama won both the popular vote and electoral vote. As a native-born American, Obama was able to become the president even though we still have racism and discrimination today. It was the first step of change in the White House. And in 2017 Hillary Clinton went against Donald Trump, even though she did not win she was a very popular candidate. If she were elected as the president then she would have been the first female president. Hence showing that the White House is beginning to explore all races and genders.

Disney’s 2009 film, The Princess and the Frog, had its first black princess. While Snow White, Sleeping Beauty, Cinderella, etc. has almost all white characters, The Princess and the Frog was quite the change. It is important for the younger generations to be exposed to these types of movies. Because the children will grow up knowing that all races can be the person they want to be, as portrayed in the film.

Although America is divided due to racism and inequality, every year people take one step forward. In every school, every student learns the golden rule, “Treat others the way you want to be treated”. This rule still applies to the real world, not just in school. As Americans move forward, they will run into roadblocks. Where they are stuck and don’t know what to do. Many of those roadblocks may be people who believe in supremacy, but over the years Americans have progressed, in the way where people have become open to equality. So Americans have to realize that change doesn’t happen immediately, for it takes time to change an entire population.