Equality and the American Dream

Home Equality and the American Dream 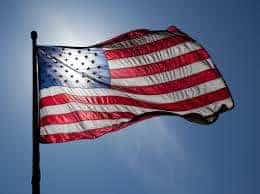 The american dream has changed completely over the years. It went from wanting to live the best life possible with freedom and equality to how much money you can have and how big your house is or how cool your car is. Immigrants left their homelands to come to America in hope for land and freedom. Equality has always been one of those freedoms and rights. No matter what race, gender or religion you identify with, you should have equal rights and be treated the same. The article “How the American Dream Has Changed Over Time” really focuses on the major changes in rights and wants of americans. People are now striving for the incredibly fake lives they are watching on television instead of living their own realistic lifes. Many people believe the american dream is dead and that people don’t strive for equality and freedom anymore but I think this is one of the biggest conflicts in america and it needs to be changed. In class we have been watching the documentary “American Creed”. Equality, freedom and the american dream are highly mentioned in this article. The documentary talks about how immigrants were not liked and how people didn’t want the immigrants to be in America. The immigrants came to America for a better life and are trying to improve life and the citizens are disrupting their rights and freedoms. Everybody in America should feel safe and able to voice their opinion and be treated the same. America was built on these rights and should continue to keep the freedoms that the founding fathers established.