Equality: A Value of High Importance in American Lives

Home Equality: A Value of High Importance in American Lives 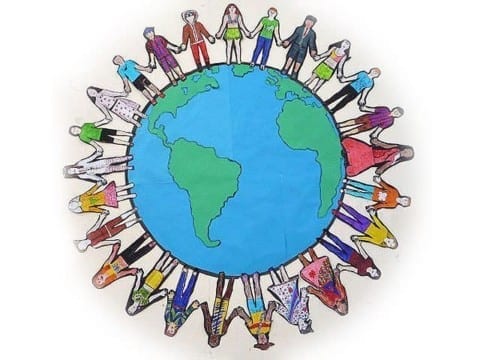 In America, there are certain values that each person lives by. These values that affect the lives of all U.S. citizens differ slightly among each individual. However, after reading numerous texts on American values and what it means to be an American, I have come to the conclusion that one of the most common and most important values in all American lives is equality.

Equality has been of high importance in the U.S. for many centuries. Laws such as the Civil Rights Act of 1964 and the Equal Rights Amendment, and documents such as the Declaration of Independence and the American’s Creed clearly exhibit the value of equality in America. The Declaration of Independence, one of the founding documents of America, states that “…all men are created equal, that they are endowed by their Creator with certain unalienable Rights, that among these are Life, Liberty and the pursuit of Happiness” (U.S. 1776). When America finally severed its ties with Great Britain back in the 18th century, the citizens vowed to live by these words written in the Declaration. In the American’s Creed, William Tyler Page writes that a perfect sovereign nation is one that is “…established upon those principles of freedom, equality, justice, and humanity for which American patriots sacrificed their lives and fortunes” (U.S. House of Representatives 1918). Equality has always been a significant principle in American lives and will continue to grow as a main principle in people’s lives as time goes on.

With equality and equal rights being such an important value in the lives of Americans, it is sad to see that even today in the 21st century, many minority groups living in the U.S. still do not receive the same amount of equality as the average white, middle-class man. Even with all the laws and federal/governmental documents that say “all people are equal,” there are still some individuals who believe certain people are of a lower, less equal status because of their race, religion, economic status, etc. Lately, many Americans have come to the belief that there is “a growing number of Americans [who] view racism as a big problem in society” (Smith). Racism relates to equality because if someone is being discriminated against because of their race, then they are being denied the equal rights that they are guaranteed by numerous laws and documents.

I believe that the most important value in the lives of Americans is equality. Many other U.S. citizens also consider this as one of their core values. However, even with numerous people believing in equal rights and numerous U.S. documents and laws saying that each American has equal rights, some people are still discriminated against and treated unfairly because of their race, religion, economic status, and other defining characteristics. As a united nation, we need to stop the racism and discrimination towards certain groups of people and truly apply the concept that “all men are created equal” to every U.S. citizen.

I Agree with you on your argument on how equality is of high importance for Americans. With time I believe that everyone will get treated equally and there will be no more discrimination. Very well written piece with good supporting pieces.

Equality and Equal rights is an important value in our lives