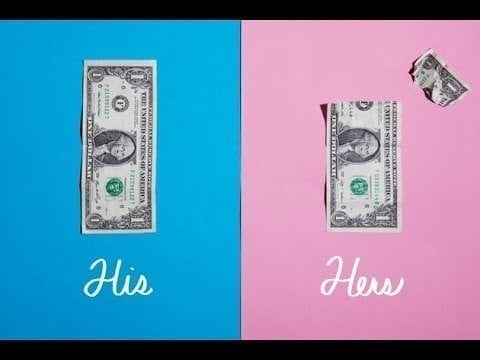 A very important issue in our society that doesn’t get a lot of attention is the gender pay gap. Women in America earn about 20% less than men right now earning 77 cents for every dollar their counterpart men make. 23 cents does not sound like a lot but if you keep adding that up it makes a huge money difference. If a man makes $100,000 the equivalent female is only taking in $73,000. 23 cents is just the average money difference. There are some women who are getting paid half of what men would for the same job. It is not right for women to get paid less just because they are women. That does not define America. People want to come to america to get a better life and make their families happier and better, but if we aren’t offering equal pay that isn’t going to help those families. I know the pay gap is not just going to disappear overnight but I think if we do little things over time we can get it reduced a lot. If companies understood what it meant to be paid less just because someone is woman. I think they would understand that and start to work for equality in the work force. In the next couple of years I think we can get the pay difference reduced and find a way to end inequality in work force.

After the installation of the Equal Pay Act of 1963 the wage of women went up by only 18 cents. That is less than half a cent per year. Even tho there’s legislation to help improve the wages of women and minorities it isn’t enough. Wages won’t be the same for women until the year 2039 and minorities won’t be equal for a lot longer. A reason employers are a not paying the female employees equal is to account for the leave of absence for childbirth and child care. However today both men and women are capable to attend and care for their children. Making the employers excuse for paying employees different based on childbirth irrelevant.