Equal Opportunity: The Key to Success 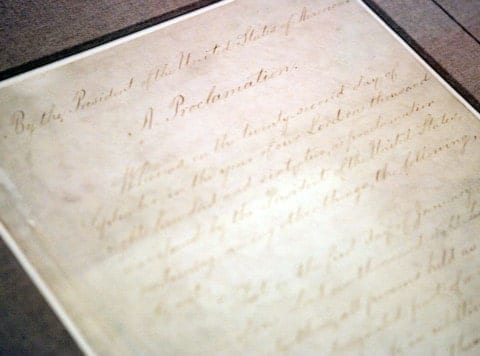 When our founding fathers established this country, a major proponent that they wanted in this United States was equality for all. This was a major difference between monarchical England and their vision for this country. While England had a more distinct social classes where one king rules over the people, the US became a nation that would be run as a representative democracy. Although equality did not encompass everyone living in the US at the time, many different efforts and movements have chipped away at this definition to apply to virtually everyone living here. Today, equality means that regardless of one’s race, gender, or religion, they are granted the same protection and opportunities as each other. An American is a person who is given an equal opportunity to succeed in their life. This is not restricted to those with citizenship. Other types of people, such as immigrants, are granted this right as well.

As seen in Sherman Alexie’s The Absolutely True Diary of a Part-time Indian, despite inhabiting the Americas before the Europeans, Native Americans have been treated with disrespect and discrimination. When Arnold was still at Wellpinit, the school’s materials were not good and it seemed as though he would never have a future there. However, after a talk with his teacher, Mr. P, he is convinced to move to Reardan in order to be more successful with his education. This switch enabled him to have access to better resources and further advance his learning. He was not rejected because of his Native American heritage. In fact, he adjusted quickly and was able to enjoy Reardan. Because of the decision to move schools, Arnold was able to lay the groundwork for a better future.

Despite having good intentions, America did not start off as the land of freedom and equality it is today. However, through the efforts of multiple movements, this changed. An example of this change can be seen in the Equality Act. According to the Human Rights Campaign, “The Equality Act would provide consistent and explicit non-discrimination protections for LGBTQ people across key areas of life, including employment, housing, credit, education, public spaces and services, federally funded programs, and jury service.”(Human Rights Campaign). This eliminated the idea that LGBTQ people could receive discrimination on such things as housing and credit just because they are LGBTQ. With the ratification of this act, those in the LGBTQ community can do things like apply for a job without having to worry about being judged on their sexual orientation.

A major turning point for equal opportunity was the deliverance of the Emancipation Proclamation. During the height of the Civil War, President Lincoln delivered a speech that would set the precedent for a lot of civil rights acts and laws in the future, not only in the US but all around the world. With this document, he stated, “…I do order and declare that all persons held as slaves within said designated States, and parts of States, are, and henceforward shall be free; and that the Executive government of the United States, including the military and naval authorities thereof, will recognize and maintain the freedom of said persons.”(Lincoln). In essence, this speech would declare all slaves in the Union free and would eventually end up freeing all slaves across the country after the North won the war. This had two major effects on the future of this country. First of all, it allowed for the freed slaves to pursue their own goals rather than being forced to stay in servitude. Even though they would have trouble finding work due to lack of experience and discrimination, over time, more and more African Americans would become integrated with American society. Also, the Emancipation Proclamation laid the groundwork for some of the major civil movements in the future by encouraging those who saw an injustice to enact change. Such movements include the civil rights movement and women’s suffrage movements. They would help define what equality means today.

Americans are those who hold equality as an essential value in their lives. Despite not starting off that way, major events in history have updated what these values truly mean within the United States. These events started with people who wanted to change the country and who took action. Change is constantly occurring, so be the person who enacts it.