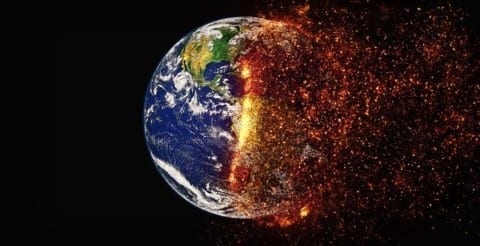 The climate change generation has increasingly formed part of peaceful protests and demonstrations urging local and global policymakers to adopt environmentally responsible plans. Various articles have been written about the occurrences, delving into detail about the goals and rationale of this young generation of politically-involved citizens.

One of the most important details included in these informative pieces is the nature of global warming and the hazardous effects it will have on life on Earth. In the article titled “Climate Change: Justice and Future Generations” the author points out that the scientific evidence and tangible effects of increased carbon emissions have urged a whole generation of youth to make their voices heard. With help and inspiration from activists like Greta Thunberg, many organizations throughout the world have emerged to address this climate issue and to bring awareness to the government about dissatisfaction with current environmental policy. An article specifically focused on the gravity of this matter suggests that inaction now will result in disastrous effects for later generations. This follows the idea that generations benefit from advancements of the generations before them, but not from their successors. However, this cycle of benefit cannot be continued if the actions, or lack thereof, of one generation endanger the existence and survival of the next.

One of the other sources that speaks on this issue is focused on the protestors themselves and the driving force that motivates this group of young people to voice their concerns to local and global legislatures. This source titled “Generation Change” is concerned with the activism and common ground shared by youth around the world regarding our habitat and the importance of maintaining homeostasis in our ecosystems. As a strong and passionate group, the environmentalist youth has faced opposition from various groups. Leaders, such as Donald Trump, have tried to undermine the concerns and efforts many activists have made for change, including those efforts by Greta Thunberg. Some argue that the youth is a generation of selfish and irrational adolescents, but others deeply respect and stand in solidarity with the young activists around us. The author states that this is an issue that will affect all of us, especially the current youth and most definitely all the generations that will inhabit the Earth after.