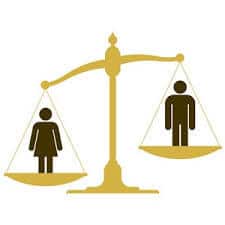 Lack of female aspirations affects womens future because it is crucial to a woman’s mentality- if she is aware of the effects of sexism in employment, she may either do something about it, or accept it. Female representation in the workforce is under represented which may further affect young girls who may want to have jobs that women aren’t seen as capable of, especially in STEM careers. STEM is a curriculum based on the idea of educating students in four specific disciplines, Science, Technology, Engineering, and Mathematics. Having young women think they are not capable of accomplishing their goals, will begin to think they would not make it in the long run with their career, which results in having less female representation in certain areas of employment. According to the Bureau of Labor Statistic, women make up about 50% of the workforce, yet only 26% work in STEM fields. People in America think that some of the barriers that inhibit women from pursuing careers is the risk of having enough positions available for women. “Many argue this gap between men and women in science is caused by a lack of female role models, the threat of stereotypical gender roles and the exclusive nature if the field where women are often underrepresented at conferences and scientific advisory boards” (Laura Robledo 2014). The reason why people believe there is a wage gap between men and women is caused by segregation between men and women in the different types of employment. Women and men tend to work in different jobs, and women predominate in lower- status and lower-paid jobs. The amount of women in these careers is caused by stereotypes (how companies think that women can not do better than men), and lack of female leaders in the workplace. My research also revealed that women receive unequal pay in same positions, and experienced positional bias from companies they worked for. As a matter of fact, a consulting company named BOLD says that there is a wage gap between men and women. In an article for Bold, Heather O’Neil mentioned a study that was done in Washington D.C which found that “In 2015 full-time workers made only 80 cents for every dollar earned by men, a gender wage gap of 20 percent, according to the Institute of Women’s Policy Research” (O’Neil). This means that women earn less than what men make due to their gender, not the amount of actual work they do. This is a huge issue because it’s unfair to get payed less for simply being a different gender. This created a work environment where companies favor men more and reward them for being men, not by their performance, or job title. Bias is an inclination or outlook that presents a perspective, similar to the favoritism that companies tend to have towards men, and are often accompanied by a refusal to consider women’s talents and capabilities, this can be learned implicitly within companies that favor men. Women who feel that they are victims of positional bias will most likely be rejected by companies to further challenge themselves to other, higher job positions because companies think they work best doing what society expects them to. For example, a company may prefer to only hire women as secretaries, waitress, nurses, teachers, etc. An online database gathered by the U.S Equal Employment Opportunity Commission (EEOC), revealed that women continue to experience occupational segregation in nontraditional jobs. This agency said that “In 2013, women composed 7.3 percent of all Craft Workers, while the participation rate for women in the Office and Clerical Worker category was considerably higher at 75.6 percent”. This means that women work more in certain areas of the workforce than other jobs where men or society would expect them not to work in. This is an issue because women are not only being expected to do a certain job compared to men, but are being limited in reaching their highest potential. Instead of hiring women for “women’s work,” they should be hired based on merit.