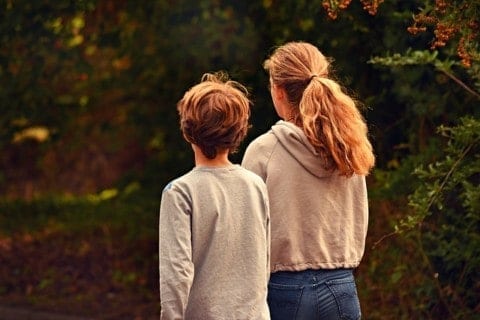 So far the plot in A Summer to Die Molly and Meg were sisters. They both had different dreams, Molly’s dream was to get married, take care of her husband and have children. Meg’s dream was to have a career as a psychologist. They were very different and they were always fighting over everything, one day Meg decided to put a white stripe dividing her room because Molly was very messy. One weekend their parents told them that in the summer holidays they would go to live in a cabin in the countryside, they did not want to go to the countryside because they were very well in the city so they decided to escape.Since then the sisters treated each other very well and took each other as friends. This reminds me of some sisters who lived in my community, Mayra and Karina, they spent their time fighting and swallowing gossip from each other. Their parents were sad because they saw them fighting daily and distanced, this reminds me because, like my story, the sisters did not even want to look at each other. The difference is that in my story the sisters end up being best friends and in my community they are still enemies.

I am amazed for your post “ Enemy and sisters”, because even if I do not have sisters, I have seen how mys cousins treat their sisters.

One sentence you write that stands out for me is “ The difference is that in my story the sisters end up being best friends and in my community they are still enemies. “ I think this is sad because between sisters you have to get along with them, because our brothers are important only they love us, they support, they take care of us, and they give us advice.

Thanks for your writing. I look forward to seeing what you write next because I would like to know about this story you read.

I loved your book summary! It really made me interested in reading the book. I particularly enjoyed how you drew a comparison to your own community and then discussed the similarities and differences. I would love to know a little bit more about what you thought of the story itself. Did it seem predictable or did you find yourself excited to turn the page? Would you recommend that others read it?

I hope that you will keep writing book reviews because this one was very helpful. Thanks for sharing Claudia!