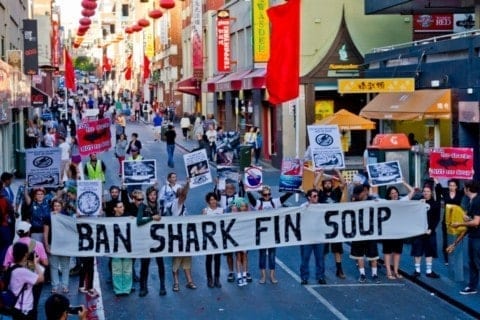 In our generation the extinction rate of species has rapidly gone up and “Every hour, 3 species disappear. Every day up to 150 species are lost. ” The illegal Chinese trade of endangered species is one reason of many explaining why we are losing so many species. The illegal trade has already grown so massive that annually earns revenue of up to “23 billion”, making it “the world’s fourth-most-profitable criminal trade after drugs, weapons, and human trafficking”. This is a very important topic to me because Hong Kong one of the main underground trading areas of endangered species in China is my dad’s home city and still likes visiting their very often. I don’t want it to have a bad reputation as a dirty, dangerous, and greedy place that kills off many endangered species. This issue affects the endangered animals the most like sharks, manta rays, and many others the most since they are being hunted down to the edge of extinction. Some people that are affected by this are the workers that make their living off of hunting these species and once they go extinct they’ll be left unemployed. If we do not take action to stop the rising extinction rate of endangered species then millions of people will be left unemployed and ecosystems irreversibly damaged.

One example of ways people have tried to stop the illegal markets of China was the ban of shark fin soup at official banquets, which caused a social reform and up to “consumption of shark fin soup in China has fallen by about 80 percent since 2011”. So I think that this method was very fairly effective because as you can see in the numbers it did rapidly decrease the consumption of shark fin soup and without demand for a product people won’t supply as much. One way to solve this problem as a whole is to uncover the whole market and spread info and pictures about it everywhere you go. Our blog artifact will help spread very important and easy to digest information in a way where the reader may find an interest in the subject and try researching themselves and with that more and more people are getting informed and spreading it. I think our solution is better than most others because mainly ours has it so the average joe can participate very easily compared to like trying to get legislation to pass a new law or going into that dangerous kind of market and capture it all on camera.

Some further research that would help us better our understanding of this topic could be insider information about how the trade works. This would help benefit us a lot because it would give us a nice clear perspective of the trade from the inside and not just looking from the outside and could also help show many secrets that most still don’t know about. However, this kind of information is extremely hard to come by considering how dangerous it is to go undercover in a black market worth billions of dollars, that many dangerous people could be apart of. Other research that would help us familiarize ourselves with our topic could be criminal records of arrests for the illegal trade of species on the endangered species list. This would show how much the Chinese government is actually clamping down on these criminals and whether all those bills and legislations are just for public appeal.

Hi Justin,
I am strongly agreeing with your post, because I think you are addressing a really big problem. I hope this topic will get more attention in the future.
One sentence that stood out to me was where you talked about the net worth of the black market.
I found a really good article you might also like.

Thanks for your writing

Hi Justin:
I like your article very much, and I also like your point. China does a poor job of protecting endangered species. This has also led to the extinction of many rare animals. China should increase protection of rare animals. Here is a link to get you to know more.

Hey Justin!
I love your article on potential ways to stop the underground trade of shark fin soup! I too am passionate about putting an end to shark fining. I really like how in your article you described what kind of market shark fins are in and how dangerous it would be to go undercover in this trade. I like how you brought up ways in which government agencies could put an end to the shark fin trade. I found an article which talks about how shark fin soup is moving away from mainland China and spreading to other parts of Asia. I hope you enjoy! https://wildaid.org/sharksincrisis/
-Pauline

Dear Justin,
I really like your article because I also care very deeply about the topic. I like how you feel that the world needs to bring it’s attention to it quick. One sentence that stood out to me is “In our generation the extinction rate of species has rapidly gone up and “Every hour, 3 species disappear. Every day up to 150 species are lost. ”. This sentence really stood out to me and shocked me because that is a lot of species lost in a short span of time. According to https://www.popularmechanics.com/science/animals/g20955197/animals-almost-extinct/?slide=24 , these amazing animals are almost extinct. I do agree with you that this issue needs to be discussed more and shown more attention. Thank you for your information and I hope to read more from you in the future.

I am excited by your post , “Endangered species in China ,” because I too care about this topic. I agree that it should be brought to attention and now.

One sentence you wrote that stands out for me is: “ This would show how much the Chinese government is actually clamping down on these criminals and whether all those bills and legislations are just for public appeal.” I think this is well written because it shows what you learned by doing your research. You learned how messed up the Chinese government is when it comes to endangered species.

Another sentence that I saw was, “ I think our solution is better than most others because mainly ours has it so the average joe can participate very easily compared to like trying to get legislation to pass a new law or going into that dangerous kind of market and capture it all on camera.” This stood out for me because it shows your solution to this issue that you are talking about.

Have you seen this video? < https://m.youtube.com/watch?v=mO7hvOtYnck > I thought you might be interested in this because of the brutal evidence for the killing of sharks for fins.

Thanks for your writing. I look forward to seeing your next blog due to your captivating writing. Well said blog.